It was interesting that many student delegates fiercely defended the fee hike, almost as if they themselves were the organisers. 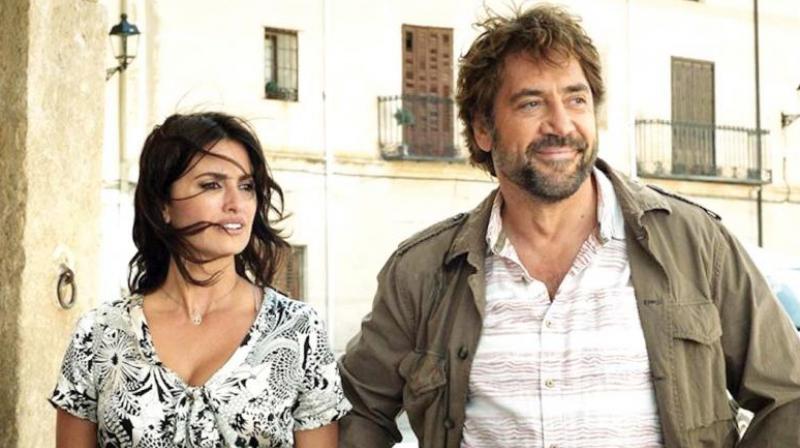 There are many signs that IFFK, this year, is going to be a gathering of sensitive, caring fellow beings. For one, several filmmakers, not wanting to burden a state recovering from floods, have decided to spend from their own pockets to fly down to the 23rd International Film Festival of Kerala. “Many filmmakers whose films are to be showcased in Indian Cinema Today have decided to come to the festival spending their own money,” says festival director Kamal.

Moreover, around 8,000 delegates have registered by Thursday afternoon, which might look like a small figure when one compares it to the throngs of previous years. However, it is a heart-warming number of people with absolutely no resentment towards the hiked fee. “The fee was raised because of the floods. It is justified,” said Namitha P. S., a BArch student.

It was interesting that many student delegates fiercely defended the fee hike, almost as if they themselves were the organisers. “Why complain about the fee hike? The festival almost didn’t happen. We are glad they didn’t cancel it,” said Roshan Mathews, an MTech student. His friend Chandrakanth James chimed in, “Despite the increase in fee, look at the number of people who have already registered.”

There were many students like them waiting for their passes on Thursday at the delegate cell functioning on the premises of Tagore Theatre. Around 1,300 student passes have been issued, which, according to Ajay D., Head of the Department (Product Development), is more than the previous years. He also said that the number of registrations saw a rise this week. “Many may have been waiting for IFFI to get over and return from Goa, to register for IFFK. The registration has not closed. Moreover, registration for the three-day pass, which costs Rs 1,000, will be open right through,” he said.

The delegate cell is a lot quieter than it was in previous years. Last year, there were 14,000 people queuing up at festival venues. Sometimes, the lines would extend to the front gate and beyond. But the registration this year is not that small, according to IFFK artistic director Bina Paul. “Registrations are certainly a little less than previous years. But it is more than what we expected after the fee was increased,” she said.

IFFK will continue to be a festival of the masses, according to the organisers. Some good films have been chosen to be introduced to the audience here. Bina Paul said, “A lot of people are going to notice the Japanese film Shoplifters by Hirokazu Koreeda. There is The Gentle Indifference of the World by a filmmaker from Kazakhistan called Adilkhan Yerzhanov. There are several films which have not been part of major film festivals, or went unnoticed in those festivals. We didn’t chase the big names, but spent time carefully curating the festival.” Roma, which won Golden Lion at the Venice International Film Festival, is another film likely to draw the crowd.

For the first time Majid Majidi, a household name for the Malayali movie goer, will be at the IFFK. The Iranian filmmaker is chairing the IFFK jury. Nandita Das and Buddhadeb Dasgupta will be the chief guests on Friday’s opening ceremony.

In tune with ordinary people of the state rising after the floods, this year, IFFK has a section named ‘The Human Spirit: Films on Hope and Rebuilding’. The films are about people and animals, both fictitious and real, overcoming adversities. The stories include that of a six-year-old girl named Hushpuppy having to face the effects of climate change in Beasts of the Southern Wild; Chenna Parayan’s dog in Vellappokkathil, a film directed by Jayaraj based on Thakazhi Sivasankara Pillai’s story; and Jaguar Paw, a Mayan hunter trying to escape a ritual sacrifice in Apocalypto, directed by Mel Gibson. This section also features two documentaries—Pope Francis: A Man of His Word and Before the Flood. There is a biographical feature film called Mandela: A Long Walk to Freedom.

One can expect a lot of kind stories this year, on screen and off it. And what better place to host IFFK than Thiruvananthapuram, which around three months ago was parceling out flood relief packets?