It is heartbreaking to realise that our favourite stars and their lives in the news are PR-based strategies, and we don’t really know them at all! 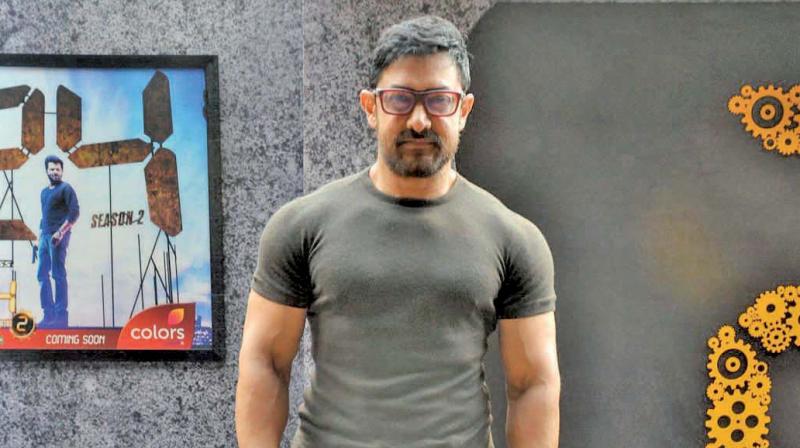 When Aamir heard that Baahubali did better than Dangal in India, he quickly mentioned that Dangal to have broken all records in China.

The idea of ‘looking up, then cooking up’ stories to keep the stars in the news started a few years ago. Earlier, the actors themselves would feed the grapevine stories, but now they hide behind PR managers who do their dirty work!

In Bollywood movies, you might have seen the snooty rich kids go and threaten newspapers for publishing bad articles about them... and the threats usually started with, ‘tu janta nahi mai kaun hun?’ Well, that happens in real life too!

Spike or spite!
The stars also want to stop all the bad stories about them being published. Journalists from big publications losing jobs after they print certain stories about stars close to their bosses is a frequent phenomenon in the past few years. A top star son of a top director father got a journalist fired for saying his film was a flop despite the scribe describing the numbers. An action star got a film reviewer thrown out from a web portal for giving a bad review to his film.

This writer was once threatened by a top actor of the ’80s that he would call his boss and complain after getting a bad review. Well, just that the actor confused the boss and the publication.

But these days the actors threaten their PRs and avoid a face-off with the journalist.

PR agents have a tough job too. “If I wake up with an angry, abusive call from the actor, all I can do is pass on the s**t to the journalist who has published the story and upset my client,” admits a PR manager.

Fake stories
And then there are the fake stories, of course. PR agents dish out gossip about their clients and make it news. Recently, a few stories emerged about a rift between Tiger Shroff and director Sabir Khan over their upcoming Munna Michael.

While Tiger Shroff denied the conflict, he also called it a ‘PR stunt’. Well, we’d like to know whose PR was behind the stunt?

Let’s show who is bigger!
Of course, media is also a platform to let people know who’s the biggest star in the industry. Aamir Khan went ballistic when Baahubali did better than Dangal at the Indian Box Office. So instead, he quickly mentioned how Dangal to have broken all records in China!

Talk about my work
Every actor wants to be seen in the media for positive stories. Ranbir Kapoor, for instance, is not very happy with the way news about him is being circulated in the media and he now wants to hire a PR who will only talk about his work, and not his personal life.

From being ‘the good and the ridiculous’ in the media, the emphasis is now to be given to Salman Khan’s kind heartedness and his service to society.

Salman talked about road accidents during the launch of Being Human cycles where he also spoke about how his father bought him a cycle worth Rs 3,000 when he was earning around Rs 7,000 only. He has been using nostalgia to gain mileage while also speaking about his heartbreaks.

“What can we talk about an actor, especially when they do not have work?” a top PR professional says. “Stories like ‘I lost my dog’, ‘I care for the poor’, ‘I helped my neighbour’, are passé and I can’t sell such stories.”

There are only so many avenues actors where can be talked about, and relationships and conflicts are few of the best! Although paid news is so common these days, it is rare that an actor makes  news. Most just fake it!