Hundreds of the actor-politician's fans danced on the roads outside the movies halls in excitement in the state. 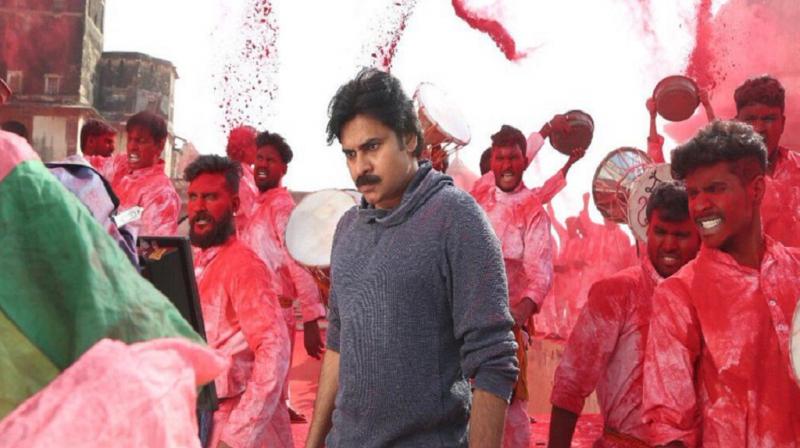 Amaravati: The much-awaited movie 'Agnyaathavaasi' of leading Telugu actor Pawan Kalyan was released on Wednesday at 1 am.

Hundreds of his fans danced on the roads outside the movies halls in excitement.

The film will have seven shows in cinema theatres here in Andhra Pradesh and five in Telangana.

While the Andhra Pradesh government granted permission to the cinema halls to screen three special shows from 1 am to 10 am, in addition to four regular shows between 10 am to midnight, the Telangana government on Tuesday allowed theatres to screen a special show from 8 am.

The star's fans and cinema enthusiasts in both the Telugu states are expected to enjoy 'Sankranthi' holidays as both the states have relaxed the rules for screening the movie between January 10 and January 17.

The makers are leaving no stone unturned to cash in on the craze, and make 'Agnyaathavaasi' a big hit at the US box office.

They are promoting the movie heavily, and as a part of its publicity, they have also distributed over 1,500 hoodies to fans to woo them to theatres.

The distributors have made plans for a massive release of 'Agnyaathavaasi' across North America as well.

Directed by Trivikram Srinivas, 'Agnyaathavaasi' is the most-awaited movie of Tollywood, and the advance booking for the tickets has already received a huge response.

Popular as a 'power star', Pawan Kalyan, who is also the founder of political party Jana Sena, has a huge fan following in both the Telugu states.