From software to the silver screen 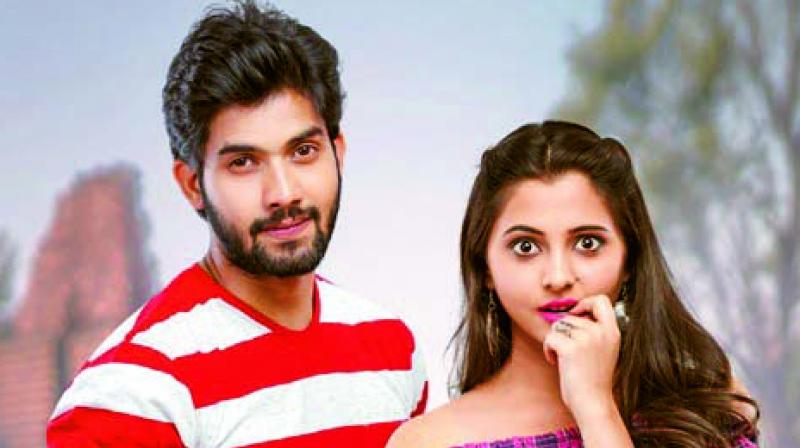 Their lives revolved around software and technology. As such, a foray into showbiz can only be called unusual. Sujai Karampuri, who is the CEO of T-Works and Director (Electronics), T-Fiber Grid, along with his brother Sushil, are set to make their directorial debut with the Telugu film, Pressure Cooker.

The brothers, who hail from Warangal, admit that their decision was indeed a surprise to many. “Getting into showbiz was not our childhood fascination, but we used to write a lot as we were growing up. I completed MS in the US, and subsequently floated my own IT company and worked there for 10 years until I moved to Bengaluru in 2004,” explains Sujai.

During the Telangana movement in 2009 Sujai  wrote several seminal articles that struck a chord with KTR. He was nominated to some important positions after Telangana State was formed, but his passion for Hollywood films refused to die down. And that prompted him to write stories.

“We wrote the storyline for a short film and narrated it to filmmaker Madhura Sridhar. He was impressed but he suggested that the story had the potential for the silver screen,” said Sujai, adding that it took them two years to write the screenplay of Pressure Cooker. “We were new to showbiz and we had no idea as to how to go about. We watched several Telugu films to understand cinema, and naturally we took our own time,” he adds.

Sushil, who heads an IT company, feels filmmaking has been a wonderful learning experience. “Interacting with people from various walks of life, taking part in script and music sessions has been liberating. We came to know how different crafts of filmmaking operate and what goes into a film,” says Sushil.

He acknowledged that balancing their professions and filmmaking was challenging.  “We never got to spend weekends with our families; all weekends would be spent discussing the film’s storyline and other aspects,” be shares. Being brothers, did they face any creative conflicts, we ask? It is Sujay who answers.

“There were times when debates would happen, but since we all come from a software background where during product development, feedback is valued, we applied the same principles during our story discussions and offered constructive criticism.”

Starring Sai Ronak, Preethi Asrani and Rahul Ramakrishna, Pressure Cooker, produced by Appi Reddy, is the story of a young lad whose father wants him to go to the US to seek employment. While the film expounds the struggles that Indians go through in the US, Sujai says “Pressure Cooker also showcases the emotional quotient of parents in the process.”