The big man of Tollywood

None in Tollywood is probably as sought after as Shreya Srinivas, the pioneer of setting up audio functions for Tollywood releases in 2008. 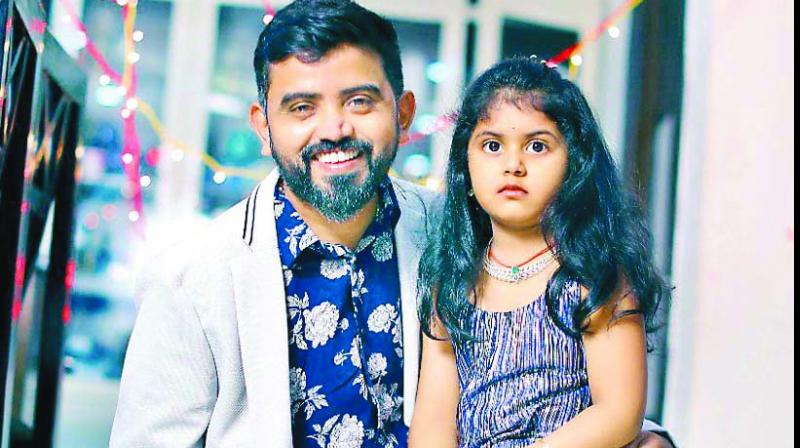 The function was the brainchild of one man, 37-year-old Srinivas, popularly known as Shreya Srinivas. Srinivas introduced to Tollywood to the concept of making an event around movies’ audio-launch functions.

Movie-buffs might remember the first-ever live telecast on a Telugu TV channel for the audio launch of the 2008-film Jalsa, starring Pawan Kalyan. The one-of-its-kind event started a trend that has taken Tollywood by storm.

The function was the brainchild of one man, 37-year-old Srinivas, popularly known as Shreya Srinivas. Srinivas introduced to Tollywood to the concept of making an event around movies’ audio-launch functions.

Even recently, he had separate functions involving two big actors, Mahesh Babu and Allu Arjun, across Hyderabad and other venues, each of which drew huge crowds and yet went off without a glitch!

The start of a genius
An MBA graduate, Srinivas is the son of an agriculturist from Yagna Narayana Puram, a village in Khammam District. After studying till the seventh grade in Kalluri near Khammam, he shifted to Hyderabad for his Intermediate, completed his Bachelor’s in Science in Aurora College and did his MBA in 2004 from Osmania University.

Always creative, Srinivas sought to executing ideas innovatively. “For our college anniversary, I got actor Uday Kiran as the chief guest. Uday and I had met at the tuition centre, and Uday had just completed his debut film Chitram then,” says Srinivas, adding that he conducted the function with money from a few sponsors. After his post-graduation, Srinivas got a job in a Telugu news channel, but he worked there for one day. His first account was a dental hospital. Soon, he began the trend of promoting his clients on the bottom scrolls of a Telugu news channel. “Now, almost all channels have started scrolling advertisements and news clips,” he says with a chuckle.

One foot in the Tollywood door
Srinivas had understood right from the start that brands would be happy to reach out if actors promoted it. So he roped in actress Charmme to promote a mobile shop. “We did an ad film and she also came as guest for the opening of their branch. That clicked in the market, with many actors repeating it since,” adds Srinivas.

But Srinivas harboured dreams of entering the film industry, too, so through a common friend, he met Srirish, Allu Aravind’s younger son.

“I gave Allu Aravind Garu a presentation on promoting their film Jalsa, and they agreed to it. The function was at Taramati Baradari, and it was a big success with a huge crowd turning up for the event. Sponsors funded the whole show, with a Telugu channel live telecasting the entire event. I think that set off the trend in Tollywood,” informs Srinivas.

Srinivas has done nearly hundreds of events in Tollywood since, turning into one of the most sought-after people in the industry.

With audio-launch and pre-release functions now becoming the trend, challenges are plenty. “Managing the crowd is the most difficult part,” says Srinivas, recalling an incident at the Baadshah audio function in 2013. “Two young people killed in the stampede, even if it happened outside of the premises of my event.”

Srinivas runs his company with his wife,  but she is largely responsible for the few wedding events they take on. Interestingly, the company that started with one employee now employs 70 people. Moreover, his blockbuster events also creates employment channels for hundreds.“Recently, for the launch function of Mahesh Babu’s film in Lal Bahadur Stadium, we used nearly 1,000 people including bouncers to ensure the function went off smoothly,” says Srinivas.