Aha! A new OTT channel to watch out for

Speaking at the pre-launch of the channel, Allu Aravind said it would be launched officially on Ugadi, the Telugu New Year. 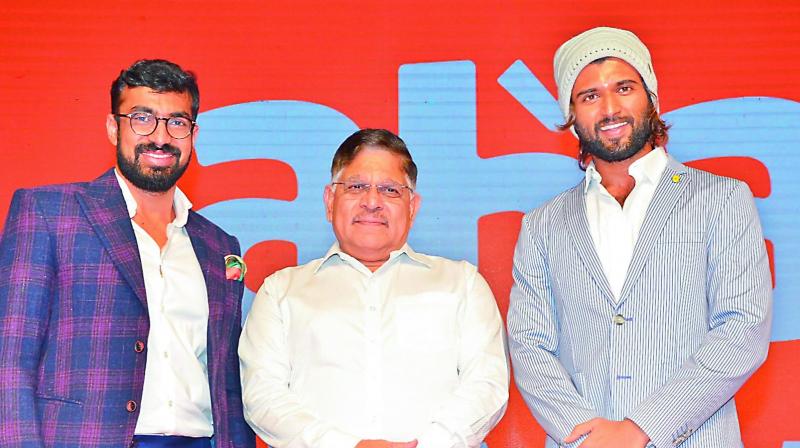 Top producer Allu Aravind is entering the digital zone with a new OTT channel named Aha.  He is launching the channel along with MyHome Rameshwara Rao and a few others.

Speaking at the pre-launch of the channel, Allu Aravind said it would be launched officially on Ugadi, the Telugu New Year.

“Nearly a year back, I watched a programme till 3 am. On another day, I found that Bunny (Allu Arjun) was awake around midnight, and he told me he was watching Netflix. That was when I realised that this is the future and also that another medium was cutting into our films. I didn’t look on this medium as an enemy, I looked on the positive side and decided to start an OTT channel,” reveals Allu Aravind. The producer said he wanted to come up with a  Telugu channel. “I met MyHome Rameshwara Rao and his son Ramu Rao and they agreed to join me immediately. There are some other exciting partners too in this venture,” Aravind added.

He said his sons were totally supportive of the venture, and that he had also taken help from a few people in Kolkata as well as an American company.

Specifying that it would have ‘bold’ content, Allu Aravind suggested that parental controls be installed in respect of the upcoming Aha Channel.

Ajay Thakur from Mumbai has been given charge of content.

Actor Vijay Deverakonda was the special guest at the event, which was attended by many Tollywood celebrities. Several young actors who are popular on YouTube were also present. They showcased trailers of web series to be screened on their channels.