Tapan Basu goes candid about his career prospects which improved due to RAW. 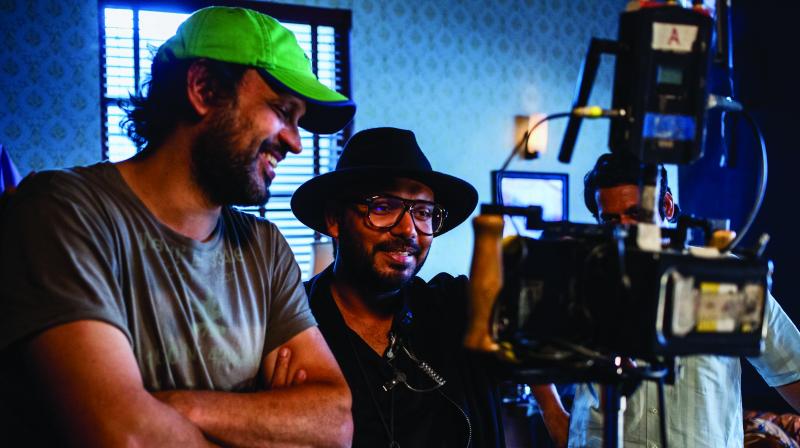 RAW movie gave me the opportunity to create a certain look & feel as the movie is set in the 70s & we wanted a certain texture for this film.

We all remember the movie Kahaani 2, released in 2016, the movie was well appreciated by hardcore suspense thriller fans.

Many critics adored the movie for its good picturisation and direction. Capturing movie narrations in Bollywood, artistic or even in creative style was never an easy task. Bollywood's emerging cinematographer Tapan Basu, whose recent work includes Romeo Akba Walter (RAW), starring John Abraham, which was released on April 5 this year.

Tapan has always been passionate about painting and especially photography, which he picked up while he was in school at St. Paul’s Darjeeling when he was 7.

While talking about his passion, Tapan Basu said, “I could shoot a still of the woods outside and pass it off saying it's somewhere else and people use to believe on it. It started as a childish fun but later I realised how you see mundane things and can make it appealing as well as interesting to people around. This is what got me first into photography but I quickly moved on to cinematography.”

His latest movie RAW is extremely close to his heart, as he always wanted to join the army, “As a kid, I wanted to either be in the army or the secret service. I heard the script long before I did Kahani 2 and seeing it come alive on screen has been very emotional and exciting for me. Being the DOP (Director of photography), this movie gave me the opportunity to create a certain look and feel as the movie is set in the 70s and we wanted a certain texture and colour for different parts of the film based on the locations. It was a collaborative process with the director and production designer. Also, Robbie, as director, gives a lot of freedom and that really helps an artist, be it for the actors or technical crew,” he said

RAW was shot in Mumbai, Nepal, Kashmir and 11 other cities in Gujarat.

When asked about the challenges he faced while shooting, he says “The challenge was to keep the look consistent for certain places as we had shot in over 14 cities and 114 locations. So for instance, the chase which you see in the film is shot in three different cities and also in the reverse order as we were travelling from one city to another. The end was shot first, then middle in some other city later and the beginning later in some other city.”

According to Tapan, cinematographer should always add more value to the story and narrations. So, from the advertising industry to his critically acclaimed movie Kahaani 2 and now RAW, his journey was quite interesting.

“I believe in learning new things every day. It is not always necessary to connect everything with my work. I personally feel with time and experience, we all grow.” he adds.

“Also, for me, introspection is very important, So, when I look back, I will look back and see what I did in Kahani 2 and what I did in RAW, both are different genre films. Have I done justice to the narrative? or got something new to the table for the director? Would I have shot films differently?." he further says.

For Tapan, it is very important to have a strong script to build a powerful character in front of the camera. “First thing I always look for is the script, then it comes to the director and production.”

“And, we as a cinematographer have the most expensive technical department as we have to deal with lots of gadgets, so production is also a very important part but for me, the script and director are the first two things I always look for,” he adds

Tapan left his family business and came back to Mumbai. He started working in the film Industry.

“After so many years, I still experiment with my work and always try something new. I always make sure, that I do justice to my work and myself,” he said.