The filmmaker versus angry activist’s angst 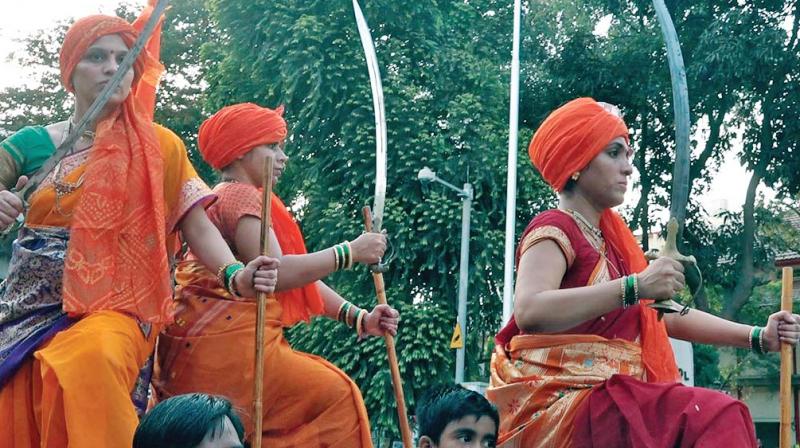 A still from Reason

In 2014, Anant Patwardhan says, the election outcome proved him wrong. He had never, in his wildest imagination, thought that India would vote Narendra Modi to power.

Four years later, just as the war machinery is beginning to acquire a life of its own, Patwardhan is not taking any chances. He wants to ensure Modi’s defeat this time, and the documentarian’s weapon of choice is the truth, with a dash of the activist’s rage.

Reason (Vivek) is an investigation into the systematic assassinations that have been taking place — of people, of the idea of equality, of rights, of a secular nation — for years, but have gained momentum and become audacious under the deliberately benign eye of the BJP government.

Patwardhan begins his charge against the right-wing with the 2013 assassination of Narendra Dabholkar, a doctor, social activist, writer who rallied against superstition, black magic, and repeatedly said that “whether a person is moral or not does not depend on whet-her he or she eats meat”. He was deemed “anti-national” years ago, much before two bike-riding men pumped two bullets into him while he was on his morning walk — one in his head and one in his chest.

This is followed by the assassinations of Govind Pansare and M.M. Kalburgi in 2015.

Pansare, a CPI worker and labour activist, had rattled the right-wing with his book, Who was Shivaji?. It countered the Shiv Sena’s narrative around Shivaji by arguing, with facts, that Shivaji was a secular leader who appointed Muslims as his generals. Pansare too was a marked “anti-national” man.

As was Kalburgi, who used poems written by Basava, founder of Lingayat religion, to show that he was against any kind of caste prejudices.

Patwardhan has meticulously researched and documented the Hindutva brigade’s intrinsic hatred for anything that challenges the brahminical setup or their version of history, and their response to ideas they loathe is always the same. Murder.

That, Reason argues, goes back 150 years, but more profoundly to what’s called the first act of terror in Independent India — the murder of Mahatma Gandhi by Nathuram Godse.

Refuting the fact that Gandhi’s assassination was all about the Partition of India, Reason argues that the first attempt on Gandhi was made by men belonging to Hindu Mahasabha in 1934, a time when there was no talk of Pakistan. Gandhiji was deemed an “anti-national” for challenging the prejudices of upper caste Hindus, for asking them to clean latrines, and for talking of India that belonged to all Indians equally — Hindus, Muslims, Christians.

The film then shifts a gear and chronicles the government’s attacks on government-funded institutions where education is subsidised, making it affordable for dalit students, while, simultaneously, chronicling the rise of resistance.

So, FTII, Hyderabad University, JNU, Rohit Vemula, public flogging dalits in Una, lynching of Muslims in the name of gau raksha. But also the raised fists of student leaders like Kanhaiya, dalit leaders like Jignesh Mewani, offering hope by fighting back, for a secular India.

In between, a long portion is devoted to Jayant Balaji Athavale, a hypnotist who founded the Sanatan Sanstha, a radical Hindu group, and whose Spiritual Science Research Foundation in Goa speaks of curing people possessed by ghosts.

The film also shows Hindu terror as a real threat and then shows how charges against its main accused — from Mecca Masjid to the Malegaon blasts — have been diluted. Here the film embarks on a needless detour to the 26/11 Mumbai attacks, trying to link the murder of Hemant Karkare to his investigations into the Malegaon blasts case based on rather flimsy evidence.

Apart from this segment, Patwardhan cannot be flawed on his rigorous research and cinematic narrative that brings backs to life slain men who were engaged in simply enlightening and empowering the dispossessed.

It’s fitting, perhaps, that Reason’s length in hours, four-and-a-quarter, is what Prime Minister Modi’s tenure has been in years till now.

But at almost 300 minutes, Reason is a daunting test of patience and commitment.

Even if it gets a censor certificate, which it is not likely to, it will speak mostly to the converted.

Anant Patwardhan, who returned one of the several national awards he had received as a mark of protest against the government’s tacit support for right-wing “mob rule”, should have done us all a favour and engaged an editor.

Reason could then have been saved from the activist’s anger and angst.