There’s certain nostalgia attached to Indian festivals and it is no different during the festival of colours. 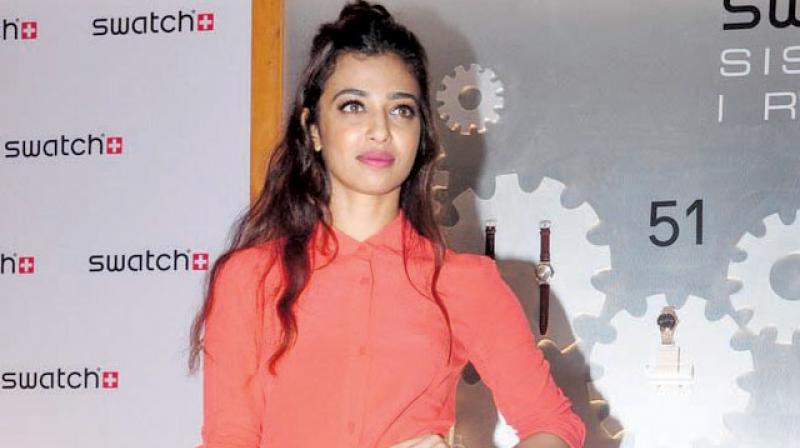 There’s certain nostalgia attached to Indian festivals and it is no different during the festival of colours. There is only revelry in the air, with favourite Holi songs blasting on the speakers and sharing gujjias with loved ones as one wades through gulaal flying thick and fast.

For celebrities like Sanya Malhotra and Radhika Apte, Holi was about getting together with friends in the building and creating a mess. For Kriti Sanon, it was the ritual of eating gujias and oiling her hair before heading out that she recalls fondly. How different are things today now that they are famous? We speak to celebs and find out what they memories associated with Holi are like:

Radhika Apte
We used to play Holi with the neighbours and some school friends in our garden. Our parents also played with us. When we grew up, we used to start from one friend’s house and keep moving from house to house looking more and more colourful. And the baths after a daylong Holi sessions, were the longest baths ever.

One year, after playing  Holi with colours and mud, I came home in Mumbai and the society had decided to cut the water supply due to some ongoing work in the building. It was a nightmare and now looking back, it was also very funny.

Randeep Hooda
I remember while I must have just been 7 or 8-year-old, I became a victim of the typical kind of Holi celebrated in my village where men keep throwing tonnes of water on every passerby, while the women would make a whip out of a long cloth piece or a leather one and would start lashing at every onlooker. I was with my uncle, who fled quickly, but before I could realise, women started whipping me hard. So much so, that I fell on the ground and later that day had to be taken to a hospital. Today pondering over this episode, I literally can feel the whip on my body right now too. This Holi, I will be celebrating with my family in Delhi with lots of gujiyas.

Swara Bhaskar
I love Holi, it’s my all time favourite festival. I still remember celebrating Holi at my nana nani’s house and eating kaju katli and gujjia. We would create such ruckus, yet no one would scold us. It was also fun to watch the grown ups singing and dancing and doing all funny things. It’s been a while that I spent time in Delhi. This year I’m looking forward to recreate my childhood celebrations at nana nani’s house again.

Sunny Leone
My funny Holi memory is about trying bhaang with my husband Daniel (Weber) at a close friend’s party. Initially it was a smooth ride until the effect hit us hard. After that, it was a non-stop roller coaster ride for Daniel and me. We just couldn’t stop laughing and realised the next day the effect of what we had. This was once and a long time ago after which we never got our hands on a glass of bhaang.

Kriti Sanon
As a child, I absolutely loved everything about the festival. From eating gujiyas to oiling up before heading out, to throwing balloons from a week before to almost a week post Holi, to coming back home completely purple or silver. We used to have Holi songs playing in the central park with thandai and pakodas laid out for everyone. It was so much fun. This year, I don’t have any particular plans. Last year was the first time I played Holi in Mumbai. So you never know, I might end up playing this time too.

Tanishaa Mukerji
My childhood memories are of my dad and cousins playing Holi with lots of colours. Usually I put pure coconut oil in my hair and on my skin, so the colours can be easily washed off. Nowadays, Holi is definitely different since we can’t go to work with colour the way we went to school as kids, looking like little blue and pink aliens.

Manoj Bajpayee
My memories are of colours, bhaang, playing holi with mud, new clothes, and groups from other villages visiting our house, and of course, dancing. I care for no chemicals colour and not harassing the dogs and animals in one’s excitement. Now, I only play for my little daughter and folks in my building.

Sophie Choudhry
I was relatively new in Mumbai and was invited to one of the biggest Holi bashes. I was offered a drink and was told it’s chaas (buttermilk) so I happily downed a couple but it was bhaang and I can never forget that moment because I suddenly started dancing with extra speed and fervour. I went up to the host, a legend, and probably spoke absolute nonsense as he kindly spent time chatting with me making sure I had eaten, and by the time I got into my car to leave, everything had slowed down. My brain has never felt so slow. I couldn’t even shower myself. My mum had to help me with it. It’s not an experience I would want to repeat.

Raveena Tandon
Holi reminds me of my childhood days when I enjoyed it with my friends. We played with colours, water balloons and enjoyed eating mithai with friends and family. I still enjoy the festival with friends and family. I remember when I was shooting for some movie in Varanasi during the time of Holi and believe me Varanasi looked beautiful.

Sanya Malhotra
Holi is one of my favourite Indian festivals. I remember playing Holi with friends from my building each year. I cherished playing with colours, eating up the delights my mother made and dancing on Bollywood music.

Vivaan Shah
Holi is one of my favourite festivals since it’s the most colourful and joyous occasion. Holi brings out the child in everybody. Over the years, Holi has kind of changed for me. As a kid, it was so much fun we just used to enjoy and never used to think too much. Nowadays, people are very finicky about playing Holi and about getting coloured up and going dirty. It was one of the most fun festivals I think, after Christmas. However, I never used to enjoy bhang.

—With inputs from Uma Ramasubramanian, Lipika Varma and Rohit Bhatnagar