The police slapped charges under nine offences, including gang rape (376-D), against the actor. 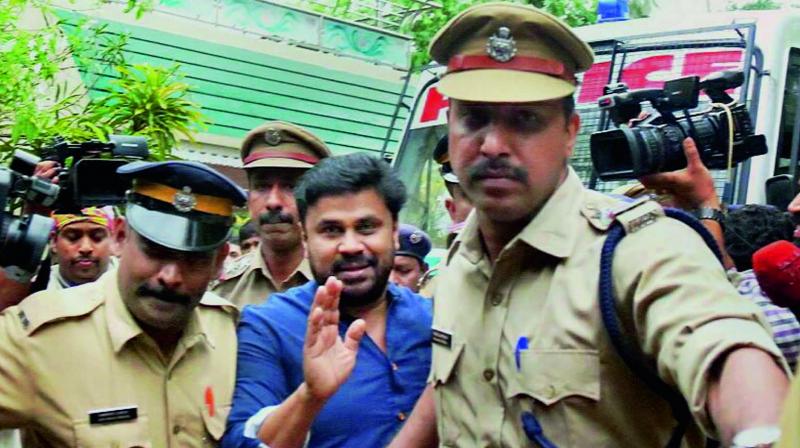 Malayalam actor Dileep being produced before the magistrate’s court in Kochi on Tuesday. (Photo: PTI)

Kochi: A police report has listed the evidence proving the role of Kerala actor Dileep, arraigned as the main conspirator in the actor assault case. The judicial first class magistrate remanded him in judicial custody for 14 days, following which he was taken to Aluva sub-jail. The police slapped charges under nine offences, including gang rape (376-D), against the actor.

As per section 376 (D), the accused, if found guilty, will be punished with rigorous imprisonment for a term, which will not be less than 20 years, but may extend to life, which means imprisonment for the remainder of that person’s natural life, and with fine.

The police claim that Dileep insisted on Pulsar Suni to record a video to prove that it was not fake or morphed and that the actor should be clearly identifiable with her ring.

The offences registered against Dileep are 120 (B) conspiracy, 342 (wrongful confinement), 366 (kidnapping, abducting), 376 (D) gangrape, 411(dishonestly receiving stolen property), 506 (1) criminal  intimidation, 201 (causing disappearance of evidence of offence), 212 (harbouring offender), 34 of (acts done by several persons in furtherance of common intention) and sections under the IT Act, 2008.