Priya Varrier has taken the internet by storm with her viral wink and eye expressions. 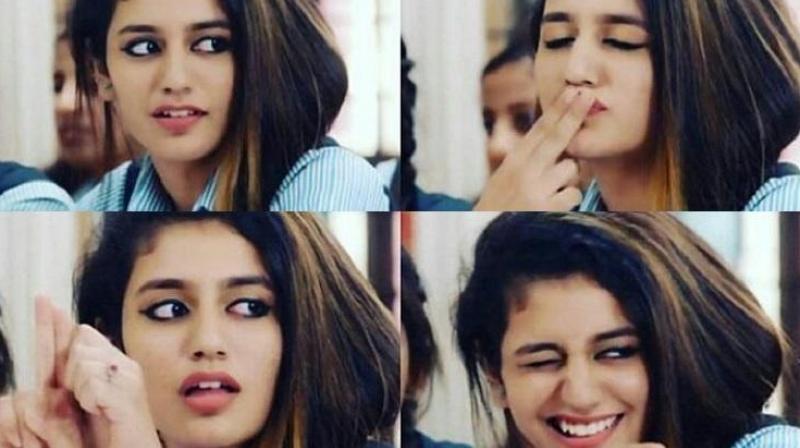 Mumbai: Priya Varrier has taken the internet by storm with her viral wink and eye expressions. She became a crush for many through a glimpse from the Malyalam song ‘Manikya Malaraya Poovi’, and she is back, yet again!

The debutante actress can now be seen in her movie ‘Oru Adaar Love’s teaser, with a similar mischief. This time, she exchanges glances with her co-star Roshan Abdul in a class full of students, and even manages to shoot a kiss to him, literally. And yes, there’s her wink again, but this time it looks like Roshan will be the one to take all the limelight as he pretends to be dead by her kiss. Watch the video here:

Priya has been a favourite for all kinds of memes and she recently expressed her desire to work in a Sanjay Leela Bhansali film, also declaring that Ranveer Singh and Deepika Padukone are her favourites.

For those who don’t know yet, Priya is also a classical singer and dancer who has worked in various short films. ‘Oru Adaar Love’, on the other hand, will release on Eid.