After his two-day police custody concluded on Friday, the court further extended it for a day more. 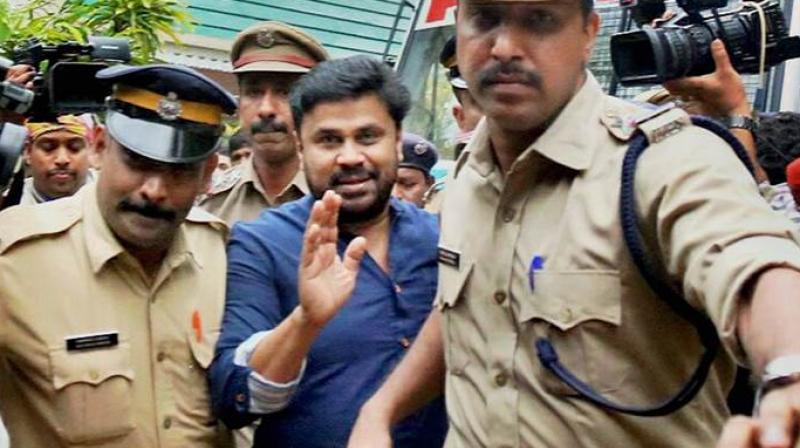 Dileep's involvement in the case has jeopardised his career.

Mumbai: The Kerala Police has received a boost in the investigation of the abduction and assault of a prominent Malayalam actress, with the Angamaly Judicial First Class Magistrate Court extending the police custody of accused Dileep till Saturday 5 pm.

The actor had appeared before the court at 11 am on Friday after the two-day police custody given on Wednesday had come to an end.

Dileep was arrested on 11 July by the Special Investigation Team for conspiring and getting a popular Malayalam actress molested in a bid to blackmail.

He is all set to become the second accused in the high-profile case, behind primary accused Pulsar Suni.

The police had earlier said that they would be recording statements of Dileep’s second wife Kavya Madhavan and her mother Shyamala, director Lal and MLA PT Thomas, before the investigation is wrapped up.

Apparently, the actress leaked Dileep's 'affair' with current wife Kavya Madhavan to his then wife Manju Warrier back in 2013.

The police claim that Dileep insisted on Pulsar Suni recording a video to prove that it was not fake or morphed and that the actress should be clearly identifiable with her ring. The offences registered against Dileep are 120 (B) conspiracy, 342 (wrongful confinement), 366 (kidnapping, abducting), 376 (D) gangrape, 411(dishonestly receiving stolen property), 506 (1) criminal intimidation, 201 (causing disappearance of evidence of offence), 212 (harbouring offender), 34 of (acts done by several persons in furtherance of common intention) and various sections under IT Act, 2008.