TIFF Diary: At last, the female gaze upon the world of yakuza

In Under the Open Sky, Miwa Nishikawa makes a foray into a genre that has until now been the preserve of alpha-male directors 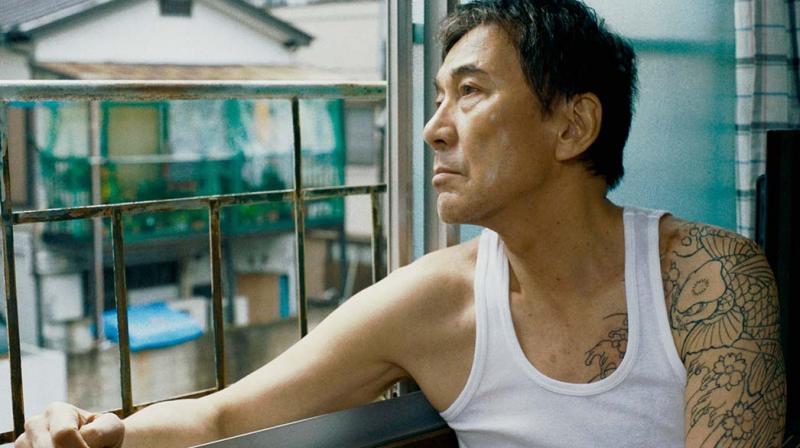 Woman director Miwa Nishikawa's Under The Open Sky explores the life of an ex-yakuza as he returns to the world after serving a jail sentence for murder.

I have attended the Toronto International Film Festival (Tiff) twice in person, and am now, in these surreal Covid-times, participating in the 11-day festival digitally. And usually, for those who fly into Toronto from the sub-continent, the early days are beset with jet-lag. There is no jet-lag this year, but there is Net-lag. For two days I have struggled with a crappy WiFi that keeps disappearing, only to make sudden, brief, special appearances.

I am pleased that despite my annoying WiFi stretching the 126-minute Japanese film, Under the Open Sky, to almost four hours, I stayed with it. I had to. It’s that rarest of rare films — a yakuza (Japanese crime syndicate/gangster) movie directed by a woman.

Yakuza is perhaps one of Japan’s most loved gifts to the world after sushi. It’s a film genre that has not just inspired great directors across the world, but has also helped sustain many grindhouse talents and enterprises. But yakuza movies have always been men’s domain. Films about alpha men made by alpha male directors.

Director Miwa Nishikawa, who also wrote the screenplay for Under The Open Sky, has not made a typical yakuza film as they have come to be defined by its master-directors, though she uses many of the tropes of the post-retirement funk that ex-yakuza characters often struggle with, especially in Takeshi Kitano’s stunning Sonatine (1993) and Yasuo Furuhata’s Demon (1985).

Her film follows Mikami (Koji Yakusho), an ex-yakuza, as he returns to the world after serving a 13-year jail sentence for murder. But the world has moved on, and it didn’t leave a place at the table for him.

A proud man with an expired driving licence and few usable skills, Mikami has to now live off state welfare. That’s almost physically painful for the man who once thought nothing of venting his anger with his sword or fist at the slightest hint of an insult.

Though Mikami sometimes finds himself reacting in his old ways, there is no brooding, sulking, or bloody outrage in Nishikawa’s film.

There is, however, a very obvious, and refreshing, touch of a woman in the film’s rhythmic, everyday pace as Mikami experiences small joys, big disappointments and the touching generosity of strangers.

Under the Open Sky is more than a genre curiosity. It’s as if Nishikawa switched on a bright white light in what was till now a smoke-filled, grimy world lit by an old, dim, yellow bulb. And then she opened the windows and let some fresh air in.

The film has some lovely, poignant moments, but it’s not a great film. Its plot meanders, and Nishikawa, at times, labours her point, even pausing the story to deliver flat, dreary speeches. And sometimes, when it’s on Mikami’s job search, it feels as if we are watching like a government-sponsored video on the reformation, rehabilitation and assimilation of ex-gangsters.

Yet I could not walk away from Under The Open Sky because of Koji Yakusho. He doesn’t inhabit the character of Mikami. He creates it with a mix of humanity, a yearning for a mundane life even as he struggles with high BP and the remains of the raging gangster he once was. These emotions reside in his dialogue and expressions, of course, but also in the smallest of gestures.

Yakusho brings to the character of Mikami a complex mix of quiet humility, dignity and simple-minded naivety. It’s a moving, measured but fluid performance by an actor who creates an interiority and brings feeling, meaning and vulnerability to even stock scenes, like where Mikami is just sitting and staring out of a window.
Koji Yakusho doesn’t just bestow a stirring performance upon Under The Open Sky. He elevates it with an honourable one.