The circuit: It’s first here and then to Cannes and Berlin

The International Film Festival of Kerala focuses on movies from the poorer nations. And it has discovered some true gems. 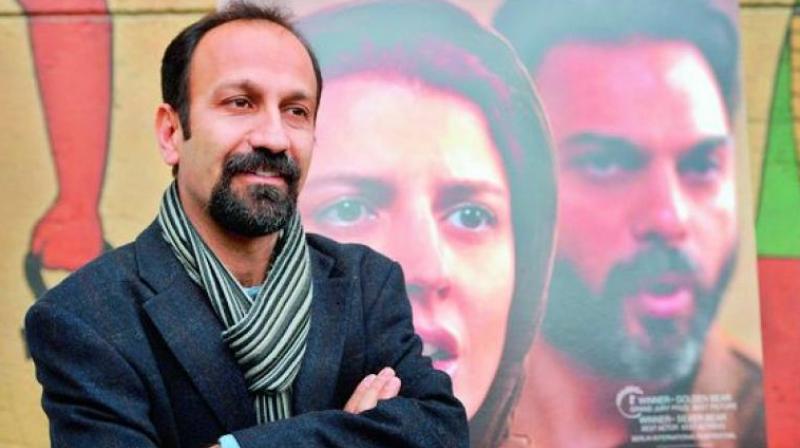 When the IFFK competition section began in 1999, independent cinema was dominated by the Europeans. But there was a whole lot of amazing stuff that was happening in the poorer parts of the world.

Free-to-read Wikipedia can be very unkind. There is not a single mention of the International Film Festival of Kerala (IFFK) in the pages devoted to two of the most celebrated modern masters: Asghar Farhadi of Iran (pictured) and Mahamat Saleh Haroun of Chad. Both are reigning A-listers, auteurs to look out for at the European film festival circuit. They both have won big at Cannes, Venice and Berlin. But both had their first big triumphs at the IFFK.

In 2006, when Farhadi’s name had not yet sailed East from Iran, IFFK had included his third feature, Fireworks Wednesday, in its competition section. The film won Farhadi the ‘Rajatha Chakoram’ (Silver Pheasant) for best direction. His international breakthrough came only three years later, when About Elly won him the Silver Bear for best direction at Berlin 2009. And then, with A Separation, it became a seemingly unending conquest — Cannes, Golden Globes, the Oscars, Venice, Berlin, Brisbane. Haroun had his first feature Bye Bye Africa, included in IFFK competition in 1999. The film was celebrated at IFFK but did not win. In 2002, when he continued to be unknown even in his landlocked north African country, his second film, Abouna (Our Father), was picked for the IFFK and Haroun walked away with the ‘Suvarna Chakoram’ (Golden Pheasant) for the best film. Venice and Cannes discovered him much later.

Farhadi and Haroun would have made it big without IFFK — theirs is the kind of incandescence that can never be missed. But the fact that they were recognised by IFFK long before the world took notice speaks something about this film festival’s unique culture. “Our strategy for selection of films for the competition category is founded on the very political philosophy of Kerala,” says Bina Paul, the longest-serving artistic director of IFFK. The philosophy she’s alluding to, in simple terms, means the fight for the underprivileged.

“When the IFFK competition section began in 1999, all distribution channels were controlled by Hollywood. And independent cinema was dominated by the Europeans. But there was a whole lot of amazing stuff that was happening in the poorer parts of the world, in Latin America, Africa, Asia,” she adds.

IFFK took up cudgels on their behalf. Its competition section, it was then decided, will feature only third-world films. It was a Marxist government in power at the time, in 1999, but the Congress governments that came later did nothing to tamper with the festival’s combative instinct. Therefore, the selection into the IFFK competition is also a function of politics.

“Last year, for instance, a competent Israeli film by a debut filmmaker was rejected because of the ferocious anti-Palestine sentiment it had demonstrated,” a member who was part of the jury at IFFK reveals.

The festival’s curators have always demonstrated the monkish detachment of a talent scout.

“Ours is a competition for discovery, both of talents and countries,” says Ms Paul. Big names are not invited and most of the winners over the years have been generally obscure. For instance, the Mexican filmmaker Enrique Rivero, whose debut film Parque Via won in 2008, did not have a Wikipedia page until he made his much-celebrated third feature Pozoamargo — a full six years later.