So who’s fine with it, anyway?

Comedians can never stay out of troubled waters. Stand up Sourav Ghosh is the latest to draw flak. 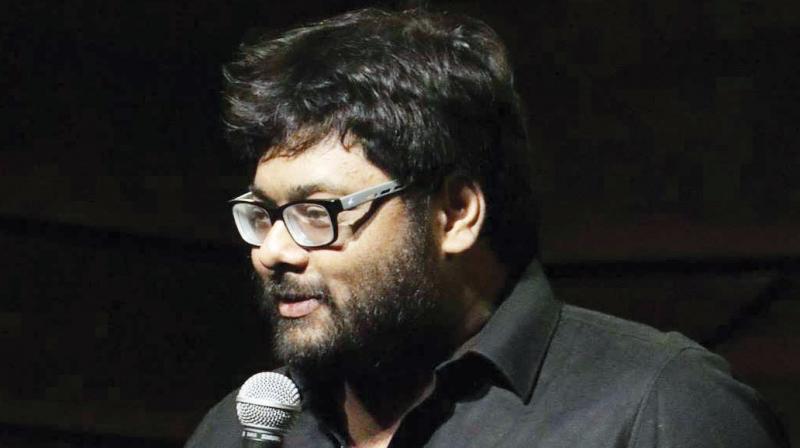 In 2017’s India, comedy is controversy’s child. Earlier this month, budding comedian Sourav Ghosh’s comments on Shivaji saw not only his upcoming shows being called off, but also witnessed the stand-up artiste leaving the city and going incommunicado, faced with threats from political factions. This is not the first instance that a comedian has ventured into troubled waters and has consequently received flak.

Only this year, fellow comedian Kunal Kamra too received death threats online for his politically charged stand-up bit about demonetisation and civic works in the city.

Despite Sourav’s apologies, he’s still blacklisted from various venues in the city. But the question is: are we turning into a society of bullies without any space left for a healthy discussion any longer?

Comedian Suresh Menon, who has been in the comedy circuit for almost 24 years now, says it isn’t difficult to do clean comedy.

“I don’t understand why budding comedians these days pick up on subjects that could potentially offend a large group — it is naïve to assume that everyone will perceive their bit as a witty commentary,” he says, adding that he thinks what Sourav did was uncalled for.

However, Rajneesh Kapoor, a former comic and stand-up comedian says that this is a result of changing times. “Around five to six years ago, every topic was open. Newspapers and the Internet constantly poked fun at the political and socio-economic situations of that time. But, today, everything is off-limits and everyone is easily offended,” he complains. He thinks political parties just decide they don’t want any conversation happening against them, no criticism, nothing.

Recalling an incident along the lines of Sourav, Rajneesh says that this happens more often than not. “Aditi Mittal had to cancel all her shows in Mumbai for over two months after she received threats of acid attacks — this isn’t new!”

What seems to be plaguing the comic scene now? Is it the lack of tolerance for the public, the overuse of edgy humour, or both?

Stand-up comedian Kunal Kamra, interestingly, doesn’t believe that there is a lack of tolerance. “I just feel that everybody has a different way of expression. For you and me, it might be through writing. For others, it might be something else. However, one’s form of expression should be firmly within the law,” he explains.

For Kunal, commenting on Sourav seems difficult. “I can’t decide if he is right or wrong, the law should decide it.” But, Kunal points out that the audience is equally responsible to blow this up. “I believe that healthy discussions depend on the people we are conversing with. It’s like selective hearing, as people consume news according to their biases. The opinions we have are influenced by several factors and are difficult to modify and that eventually, influence their beliefs.”

Without attempting to draw any similarities, it almost feels like we want to push our creatives away; creatives that don’t align with the majority. Much like how we drew M. F. Hussain out of the country those many years ago.