Stand up gets a spur

With digital content platforms like Amazon Prime and Netflix giving comedians a new medium to showcase their talent. 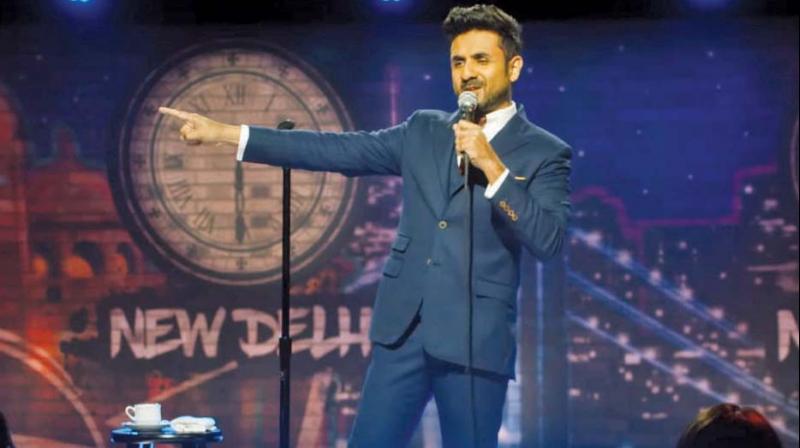 When the boom in the Indian stand-up space started, the stand-up comics didn’t imagine that they would be given space to host their own specials online, quite like comics in the West did. But the beauty of the Internet is that there’s real estate for everyone and everything online, and the Indian niche, whether it’s Amazon Prime, Netflix, or even Hotstar, is fast learning to tailor content around the market. And it’s growing exponentially.

Just last month, Vir Das did the first ever-Indian comedian special with Netflix and now, Amazon Prime Video has started a series of hour-long exclusives with as many as 14 popular stand-up artistes. This ups the ante for comedians considerably, and both stand-up comics and online content creators for comedy shows feel that this opens up whole new horizons for comedy in India.

“It legitimises comedy as a career. When paid-for platforms like Netflix or Amazon Prime decide to back you, then it definitely opens up avenues for stand-up comics. YouTube takes your work to a wide audience, but it is essentially a free platform. This takes it to the next level,” says stand-up comedian Kunal Rao, who is associated with Amazon Prime.

Sorabh Pant, whose exclusive has already aired on Amazon Prime, says that the process was a smooth one. “There is definitely a quality control which comes into play when you’re on a platform like Amazon Prime. However, there was no real censorship when it comes to content. In terms of creativity, we got free rein to do what we wanted,” he recalls.

Still, there are several considerations that need to be in place when creating content for an online audience. For Sorabh, online content means a certain amount of self-censorship. “When you’ve been in the circuit for a number of years like I have been, you get a gauge on what you can and cannot say on any platform. But, when you’re online, you have to realise that you also have an audience that would have probably never paid to come to watch a show. So, there are likely to be people who are more easily offended. On a different note, even in terms of creative content, I censor myself here and there. For instance, I realised that I am using a lot of unnecessary expletives, so I cut down on them a little,” he explains.

Ultimately, of course, content is king, and the web allows the freedom of putting forth content without any need to dumb it down, feels Girish Narayandass, who writes several of AIB’s sketches.

“Of course, you want people to watch it and like it. However, you don’t want to be clickbait; you want to ensure that it sends across the message you want to convey. When it comes to online content, you also don’t fall into the trap of underestimating your audience, because you know that they are opting to watch it,” he says.

A certain universality of content is needed, though, feels Kunal. “When you are on an online platform, you cannot just be a guy from Bandra, who cracks jokes that are pertinent to that group of people. Personally, when I’m creating content for online shows, as opposed to a more niche stand-up shows, I ensure that it will appeal to a more universal audience,” he explains.

Ultimately ,though, this shift to online content is only a natural one, says Amit Golani, executive creative director at TVF.  “I feel it was inevitable, specially with a content, which is majorly aimed for younger audience who have long given up watching television programmes. Indian comedians initially got recognition because of a platform like YouTube. With more platforms expanding in India, we can now expect a second wave,” he says.