We don’t need a Salman. Patrick would do just fine! 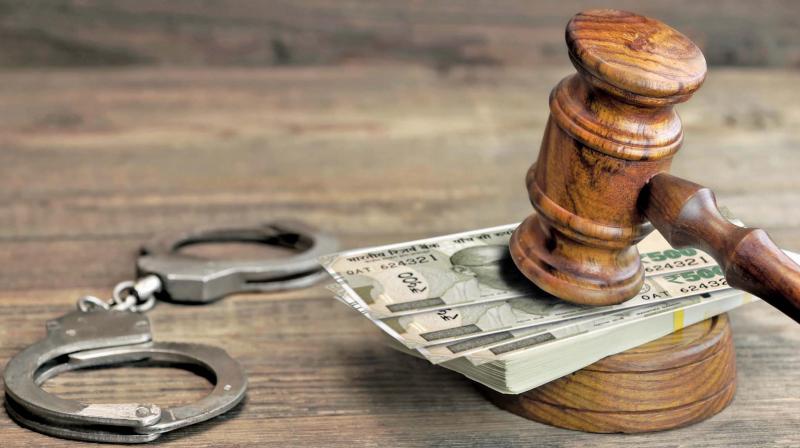 The victim’s parents lodged an FIR against Brillant on May 18, 2017, under the POCSO Act.

When Salman Khan was granted swift bail after being handed a five-year sentence in a 20-year-old case, critics held it up as an instance of our broken criminal justice system. In fact, you don’t need to be a Salman to game this system — a few well-placed backers will apparently suffice for anyone to get away with it. Take the ongoing case of Patrick Brillant, a French national and active trustee of Tridha School, who has been accused of raping a three-year- old on the school premises.

The victim’s parents lodged an FIR in the MIDC police station against Brillant on May 18, 2017 alleging offences punishable under the Protection of Children from Sexual Offences Act (POCSO). Brillant was then in France and did not return until July 3 2017. But thereafter too, the police did not deem it necessary to take him into custody for questioning. (If this sounds normal, think of the complaint of molestation made by the child actress Zaira Wasim on social media last year: the police immediately filed an FIR under POCSO and arrested the accused). As the investigation proceeded in this leisurely manner, the victim’s parents filed a writ petition in the Bombay high court on August 11 2017 seeking a transfer of the investigation from the MIDC police station.

The very next day, November 24 2017, Brillant was granted bail by the sessions court judge. Although the accused was unable to furnish surety, he was granted a cash bail.

The bail order made no reference at all to the high court orders passed so far, including the one on 23 November. Graver still were the grounds on which the bail was granted. The order passed by the sessions court judge claimed that the victim’s first testimony to the police after the FIR did not support the allegation levelled against the accused. What is more alarming, the learned judge also noted in this order that the assistant public prosecutor had fairly submitted that prima facie, there was no incriminating evidence against the accused.

Now consider what Justice Revati Mohite-Dere of the high court observed in her order of April 2 2018 quashing the bail granted to Brillant. The learned judge noted that all the three statements made by the victim are “consistent with each other and point to the complicity of the respondent 1 (Patrick Brillant)”. The sessions court judge’s statement in the bail order were “contrary to the statements on record”.

During the hearings leading up to the cancellation of bail, Justice Mohite-Dere asked the assistant public prosecutor (APP) whether they had told the sessions court that there was prima facie no incriminating evidence. The APP replied that neither the APP nor the ACP had made such a submission and that they had opposed the grant of bail to the accused. In her order cancelling the bail, Justice Mohite-Dere pointedly writes: “The said observations (by the sessions court judge) are completely contrary to the evidence on record and as such are perverse, unsustainable in law … The facts reveal that prima facie there is overwhelming incriminating evidence against the respondent 1.”

But Brillant’s backers would not back off so easily. While passing the order cancelling his bail, the learned judge specifically turned down a plea for staying the arrest and asked the accused to “surrender forthwith”. Yet the Mumbai police made no attempts to take the accused into custody. Instead they claimed that his house was locked and allowed him to abscond for four days until his lawyers moved the Supreme Court for a stay. The cat-and-mouse game looks set to continue for a while.

The ridiculous extent to which a man accused of raping a three-year old — an offence punishable up to life imprisonment — is shielded from serious investigation is a damning testimony of our deeply flawed system. We don’t need a Salman Khan to remind us of this stinking rot: Patrick Brillant will do just fine.

PAA aims at fighting systemic apathy against child sexual abuse — from educating parents and care-givers and creating awareness about such abuse, to creating an ecosystem of support and resources for survivors and their families. You can reach out to PAA through Twitter, and Facebook as well