After TV series and movies, even OTT content is being bought from foreign show and web-series. 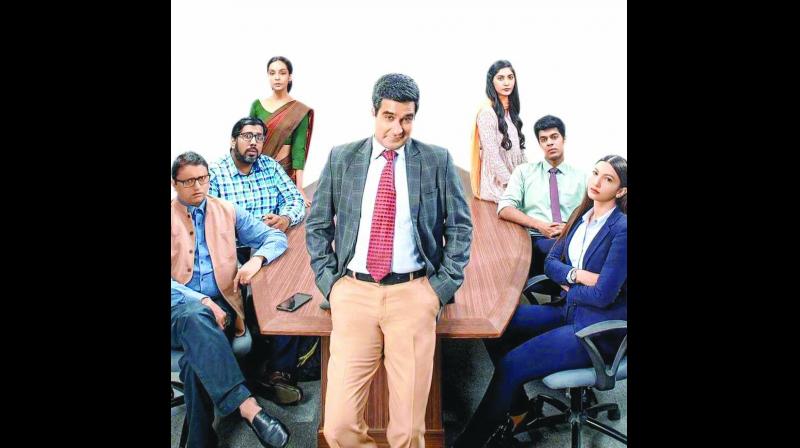 Original web series from India gained popularity after the release of Sacred Games on Netflix last year. Following the thriller series, more original content such as Made In Heaven, Delhi Crime,  and Mirzapur, among others made it to some of the popular online streaming channels. With original content getting the spotlight it deserves, content was hailed as king. But after a short run, just like TV series and Bollywood movies, OTT content creators are also looking towards adapting foreign content.

Shows such as Hostages on Hotstar, Mind the Malhotras on Amazon Prime and even Criminal Justice have been adapted from foreign shows. Trade Analyst Amul Mohan feels it’s because of the growing demand. “I think that’s a regular evolution of any content creating market. As you can see OTT is a very big market and there are so many platforms which are asking for so many different kinds of content,” he says.

The OTT market is definitely growing. With three major players — Amazon Prime, Netflix and Hotstar providing content at competitive pricing, more and more viewers are expected to get on them. According to KPMG Media and Entertainment Report, the OTT market in the country is expected to grow 45 per cent to reach $138 billion by the end of 2023.

Although adaptations are looked down upon, director Gaurav Panjwani is of the opinion that if done right they can have an engaging audience. He says, “Adaptation is okay, but you have to justify the league that the original has already created. Now adaptations are happening on the web, but the film directors have been adapting foreign stories for a long time. It depends upon how they justify the craft and character asks.”

One of the most popular adaptations, which failed to make a mark in the Indian market, is The Office. Adapted from the BBC series of the same name, the Indianised version failed to connect with the audience and couldn’t carry forward the legacy of the original series. “With The Office, I find it completely bad and caricature-ish. Having watched the original The Office, I didn’t like it at all. The Indian actors lack complete timing, they lacked the jokes and they even lack the technicalities,” says the Bombae director, who believes that the original show had set a benchmark and the viewers expect the same.

There is a difference between adapting something and getting inspired by something, and with the world getting smaller, producers have access to all kinds of foreign shows. And to keep their hands clean they opt for adapting rather than going for an original with a similar story. An industry source reveals, “When producers watch a show and see someone pitching an Indianised version of the same story, they think ‘I’d rather get the rights than get into trouble tomorrow’.”

Despite adapted content, original shows like Sacred Games and Delhi Crime seem to have a larger fan base but Amul says that the fan base is subjective. “You can’t gauge what is the likeability because there is no number to put into anything right now. You don’t have a system like YouTube’s that shows the number of views,” he concludes.