Though attempts have been few and far between, using poems in mainstream cinema has certainly helped the growth of modern Hindi poetry. 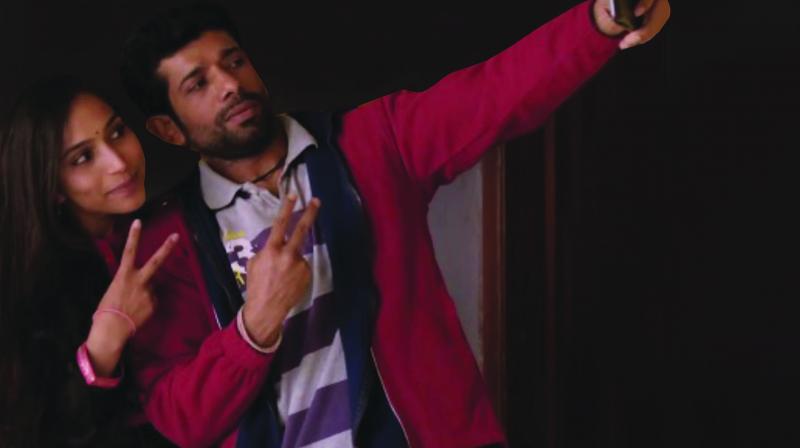 In case the song Mushkil Hai Apna Mel Priye from the film Mukkabaaz got you admiring the lyrics, you have Sunil Jogi to thank. The poem written about 20 years back has a  man narrating to his beloved why their union is next to impossible, in a self-deprecating manner. If this song made Jogi a popular figure, the 2015 film, Masaan saw lyricist Varun Grover take  Dushyant Kumar’s ghazal Main Jise Oadhta-Bichhaata Hoon and turn it into the song Tu Kisi Rail Si Guzarti Hai and reminded everyone how Kumar is most celebrated for bringing the Hindi ghazals to the fore. Though the number is too small to call it a trend, these attempts are certainly doing their bit to popularise the modern Hindi poetry.

Think of popular Hindi poets and one is most likely to name the likes of Ramdhari Singh Dinkar, Sumitranandan Pant, Harivansh Rai Bachchan, Maithilisharan Gupt and Suryakant Tripathi ‘Nirala’. But the likes of Sunil Jogi, though followed by poetry enthusiasts, need a film like Mukkabaaz to set their popularity soaring. “This is my signature poem and Anurag (Kashyap, the director) had listened to my poem some 17-18 years ago and it stayed with him. He always wanted to use it. When poetry enthusiasts heard the song, they could recall that it was my poem. I also received a lot of admiration from people who heard the song and went back to read the original poem,” says Sunil Jogi, the poet-turned-lyricist who claims that he has about 1,000 poems that can easily be converted to songs today.

The Padma Shri awardee feels that like Kashyap other filmmakers too should give space to Hindi poems. “Lyrics are written to complement the situation while poems are written with a lot of emotions. Dil ki awaaz bahut door tak jaati aur bahut der tak rehti. The words were so powerful that Anurag remembered my poem. When poetry will enter cinema, it will give a boost to the language and make people aware of its richness, nationally and globally. At a personal level, I also want to bring back the trend when poems were used for songs so that the life of my poems can also increase manifold.”

Balendu Dwivedi, a noted Hindi poet, believes that there needs to be more films like Masaan and Mukkabaaz for the trend to continue. “No doubt Hindi literature is being served well if poems are being converted to songs. But how many filmmakers do we have who make films on such subjects where such poems can seamlessly fit in?” he questions.

Saumya Kulshreshtha, founder of Poets’ Collective and poetry professor at IIIT, Delhi feels that films and social media have made many poets and their poems more accessible than ever before. “We read the works of Dinkar and Nirala because we have been taught about their poems in school. But how will we get to know that a talented poet like Jogi exists? Conventionally, we consumed what was served to us but now we have access to a lot more as compared to what we grew up reading. It’s not just the role of pop culture but also its responsibility to bring out people whose creations were getting lost in time. Also, there is a section that doesn’t need films to discover new poets. They are reading dozens of poets everyday and sharing their work online, making others aware,” she says.

Lyricist Varun Grover is also on the same page as Saumya. “People keep sharing poems on WhatsApp now. Maybe people don’t engage in it academically but they appreciate poetry a lot. The belief that people gave up on poetry reading is a myth. The form of consumption has changed,” he says, adding, “People have heard the lines but they can’t remember who said it. When they hear the same lines in a film, it kind of stays. We had tried to include Uday Prakash’s poem in Masaan but it couldn’t happen. But I am sure someone else will use his poems in times to come.”

But is it easy to compose music for a poem? Rachita Arora, who gave music to Jogi’s poem, feels it can be a challenging task. “The length can be long and sometimes poems don’t fit in the metre. We also have to be certain that the real expression is not getting lost. Despite all that, it was a fun experience to give music to Jogiji’s words,” she says.