Tiff ’18: The madness of mard who feels no dard

Fest bills its 10-film Midnight Madness section as ‘the wild side’. 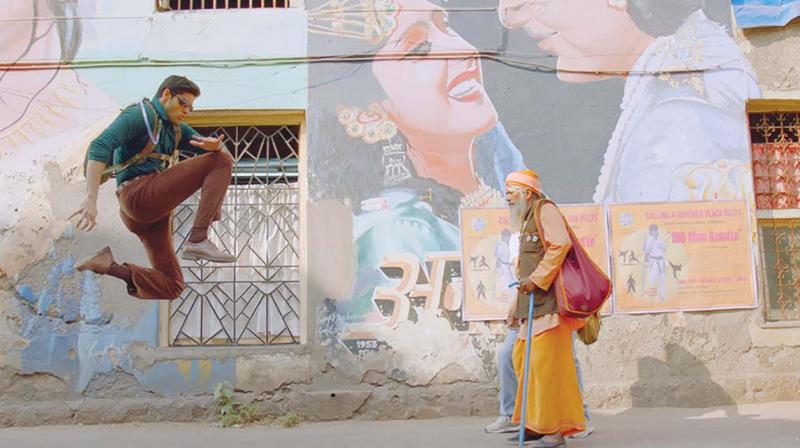 Long queues form outside a university theatre, Ryerson, for the 11.59 pm screening of films playing under Tiff’s Midnight Madness section.

Ryerson has a seating capacity of 1,200 and hardly a seat goes empty.

Tiff bills its 10-film Midnight Madness section as “The wild side: midnight screenings of the best in action, horror, shock and fantasy cinema”.

Only genre movies make it to Midnight Madness, but genre movies that are stylised and served with a delightfully demented twist.

The section, which began in 1988, has acquired a sort of cult status over the years for giving B-grade slasher, horror films, heist movies, cannibals, monsters, ghosts, superhero movies, zombies, martial art movies, sci-fi, mental comedies, or films that are plain weird the respect and love they deserve.

There’s high-jinx participation from fans in anticipation of these films that’s quite unique.

People arrive dressed up as their favourite creepy, crawly, crazy movie characters, and begin to clap, cheer, hum, scream, roar even before the film has begun.  Every gory murder, accompanied with fountains of blood, or a sudden scary scream-out-loud moment is greeted with an applause, a happy reaction. And sometimes, as the end credits rolls, a band arrives to amp-up the festivity.

Often, though, Midnight Madness films are not easy to watch.

Viewers have been known to pass out, throw up, have seizures, or just walk out. In 2016, an ambulance had to be called during the screening of Raw, a French-Belgian cannibal film.

But legend has it that whenever he is around, Quentin Tarantino doesn’t miss any Midnight Madness film.

Reservoir Dogs premiered in the Midnight Madness section in 1992, as did Adam Wingard’s Blair Witch in 2016, and David Robert Mitchlle’s It Follows in 2014.

And so, filmmakers celebrate their entry into this gorefest in crazy, fun ways. In 2006, to promote New Zealand director Jonathan King’s Black Sheep, a film about killer zombie livestock, sheep dressed up in bow ties and tiaras attended the film’s red carpet event.

And this week Sam Levinson, the young director of Assassination Nation, wept tears of joy before presenting his bloody, funny thriller. It was cutely comical.

But the highlight of this year’s Midnight Madness section was writer-director Vasan Bala’s Mard Ko Dard Nahin Hota (The Man Who Feels No Pain) which made history as the first-ever Indian film to play in Tiff’s most loved section.

The film, starring Abhimanyu Dassani (actress Bhagyashree’s son) as the mard, Surya, who has a congenital insensitivity to pain (CIPA, a genetic disorder), Radhika Madan, Mahesh Manjrekar, Gulshan Devaiah, Loveleen Mishra and Jimit Trivedi celebrates, chuckles at and melds together, at once, the superhero genre, Bollywood of the 1980s, Bruce Lee-Jacki Chan’s martial arts classics, and the single-tone track suit.

For Bala, whose first film, Peddlers, did not get a theatre release in India despite the fact that it premiered at Cannes’ critics week in 2012, the standing ovations which followed Mard Ko Dard’s several screening at Tiff must have been reassuring, overwhelming.

His film, whose title toys with Amitabh Bachchan’s 1985 Mard, summons many adorable tropes of Bollywood and superhero films — bachpan ke dost, dadaji as teacher-mentor, mother’s murder and a haunting chain, limping and one-legged martial arts masters, evil villains — but each one has its own dancing curlicue that twists and twirls the cliches, making them funny, cool, with oodles of street cred and subversion.

The film’s dialogue, assigned to a very impressive cast who seem to be having fun, are crackling and make you fall in love with the movie.

Abhimanyu and Radhika apparently showed no dard while shooting the film’s fabulous action scenes. One continued despite a broken finger, and the other with many torn ligaments.

Mard Ko Dard Nahin Hota is slated for release in India in November. And I’m looking forward to watching it again.