The actor went on to speak about the movie Secret Superstar, which is written and directed by his own long-time manager, Advait Chandan. 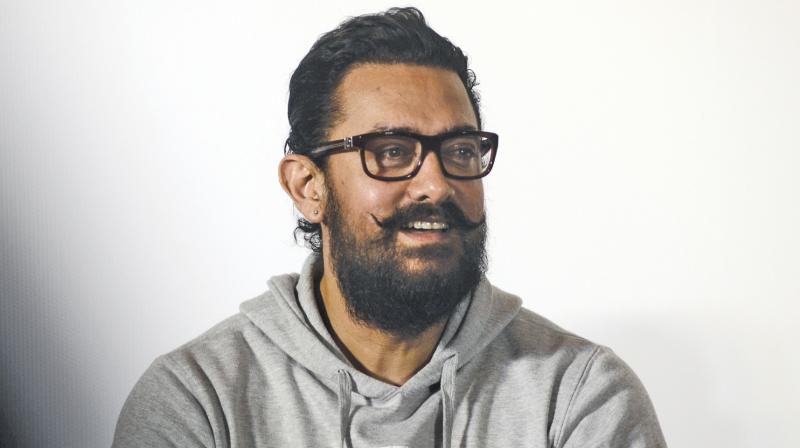 In a mini faux pas situation, Aamir Khan was left scratching his head after he forgot Chetan Bhagat’s name. Aamir was speaking to the press as he released the teaser of his upcoming movie, Secret Superstar, in the city.

Denying that his character in 3 Idiots was based on real-life scientist Sonam Wangchuk, Aamir was trying to assert that Phunsuk Wangdu was merely a character based on the book that inspired the movie. However, Aamir forgot the name of the author of Five Point Someone. “Arre, kaun hai woh writer,” he asked the audience as they giggled. “Who is that writer,” he further probed.

The actor went on to speak about the movie Secret Superstar, which is written and directed by his own long-time manager, Advait Chandan. The movie is based around a young village girl, who aspires to become a singer. Given that Secret Superstar also shows a mentor and young girl together, comparisons with Dear Zindagi that stars Shah Rukh Khan and Alia Bhatt were inevitable. To that Aamir said, “Firstly, I haven’t watched Dear Zindagi. But of what I understand from trailers and teasers that I’ve watched is that, Dear Zindagi is about a young city girl. However, Secret Superstar is about a girl from a small village, who aspires to be a singer.”