Widely recognized as Happy The Monk Singh, he never had thoughts of getting into the fitness industry. 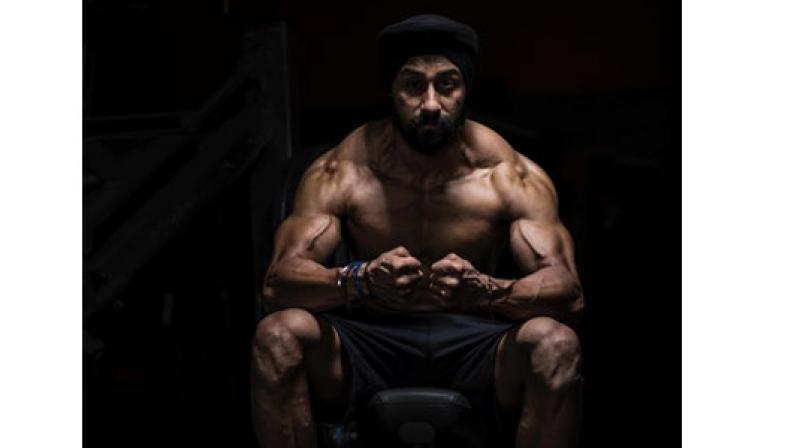 Making impossible the possible and the never give up attitude of Happy Singh has made him a fitness inspiration for today’s youth. He is a fitness consultant, transformation expert and a nutrition coach certified from ISSA. Born in Ludhiana, Punjab and brought up Raipur, Chattisgarh, he has made the entire nation a fan of his work. His clients are not just based in India but also in many other countries of the world. Widely recognized as Happy The Monk Singh, he never had thoughts of getting into the fitness industry.

Hailing from the commerce background, his original plan was to become a Chartered Accountant. But it seems this man did not want to make his career as a mainstream choice. After completing his college, he started working out and joined a gym. Little did he know that his interest in fitness will take him through a journey. That’s when he decided to drop out of his CA final exams and focus completely on becoming a fitness influencer. He began his career as a fitness consultant and later joined Squats team as a nutrition coach. Within no time, he made a name for himself after he bagged the second position in Muscle Mania competition.

Over the years, he motivated many people to live a healthy life. “Fitness is my passion and I want to transform lives and make people aware of the importance of living a healthy lifestyle”, he said. However, two years back Happy Singh had the biggest nightmare of his life when he had a collapsed disc in his lower back and 3 damaged vertebrates were detected on March 1, 2017. He was forced to take bed rest for more than a fortnight and that’s when he lost around 12 kgs as he barely ate anything. For him, it was a difficult phase as his body went out of shape. While talking about it, he revealed that he could not even bend or make movements due to a fracture in his lower back. Gradually with time, he started physiotherapy and came back stronger.

Happy Singh fought against all odds and recovered slowly. Within 3 months, he was back on track with his athletic body and the insane transformation left everyone’s jaws dropped. The incident changed his life and his discipline towards workout and a proper nutritional diet gave him results in a very short period. Giving advice to today’s generation, Happy said, “It’s never late to start. Take a step. Long journeys often begin through baby-steps. Don’t just sit back and talk about it. Do it and be a master in it. We have just one life, let’s make it worth living.”