Gokhan is currently focusing on the opening of Huqqa’s first venture into London. 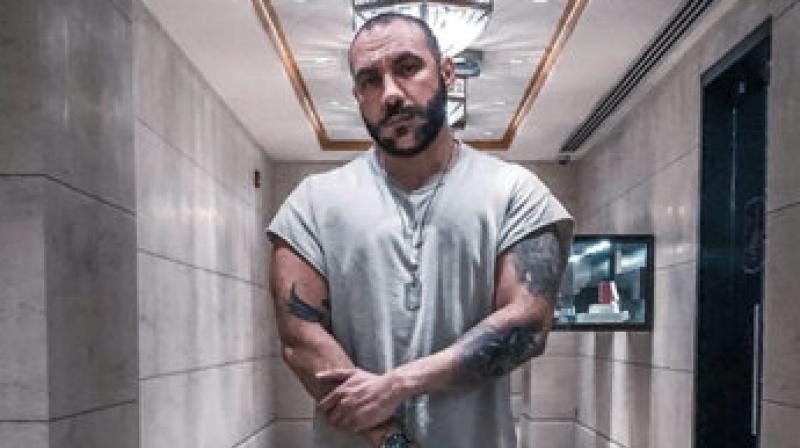 He’s one of Dubai’s biggest digital powerbrokers. He grew his social media followers and started a fashion and food revolution. Gokhan Girmez, jet setter, Dubai influencer and massive foodie is setting a new trend is living fashionably in the UAE.

His page has become a hit, striking a chord with fashionable men and women all over, who feel like Gokhan emulates a fabulous life, they are striving for.

Dubai is home to one of the fastest growing culinary industry in the world. Gokhan, at just 28, is a major part of that industry. People living in Dubai have hundreds of different restaurants to choose from.

As a big influencer and the Corporate Comms Specialist at Q F&B, Gokhan works on making Huqqa and the Galliard stand out in the Dubai food scene, while also traveling the world, showing off the latest fashion trends and working on his growing and glittering Instagram.

For his day job, Gokhan does PR, Media planning, strategy and influencer relations. He also has multiple businesses, where he needs to travel the world with projects in New York, London, Turkey and all over Europe.

The fashionable Turk was born and raised in Adana, a major city in southern Turkey. He also has a hint of Arab blood in him, as his father is half Syrian.

Gokhan has a long history with food, fashion and business. He spent many of his adult years working as a chef all over the world including New York, Las Vegas, Slovakia and in the skies as a flying chef for Turkish Airlines. “I feel so lucky that my work has taken me places. I’ve traveled across many countries. I love seeing the world,” he said, talking about his journey.

At a young age he knew he wanted a career that involved a mix of the culinary arts and a corporate business life. Now his dream career came true. Business, travel, fashion and food.

A day in his life will look a little like this: wake up, work out, have a healthy breakfast, check emails and work a little on his projects. He then heads to fashion avenue in Dubai mall. Checks in on operations, has lunch with the team, then it’s time to host celebs and influencers at the Galliard in the Address Downtown Dubai. It all seems so glamorous but it’s a lot of hard work.

Gokhan isn’t just a pretty face. He has a degree in Public Relations, Tourism Management and of course a degree from the Istanbul Culinary Art Academy.

He joined Q Food&Beverage as a supervising server in Turkey and worked his way up to corporate comms specialist before moving to Dubai, to take the role on full-time and handle the day to day as well as long term planning for Huqqa and the Galliard in Dubai. “It was a long and hard road, but I love what I do, so it just felt like a natural part of my life, to pivot from a role of pure food to a more corporate role as a restauranteur, while also dabbling in nightlife.

In addition to his jet set schedule, he handles the media and influencer relations here in UAE as well as the other restaurants regionally.

Gokhan is currently focusing on  the opening of Huqqa’s first venture into London, while also multitasking his other international night life projects. “I’ve reached a point in my life, where I am mixing both my passions, business and food. Now that we are expanding our business and branches, it gives me the chance to grow my portfolio of knowledge and corporate skills.”