Actress Renuka Sahane commends Shikha on her bravery and says that an example should be made out of a case like this one. 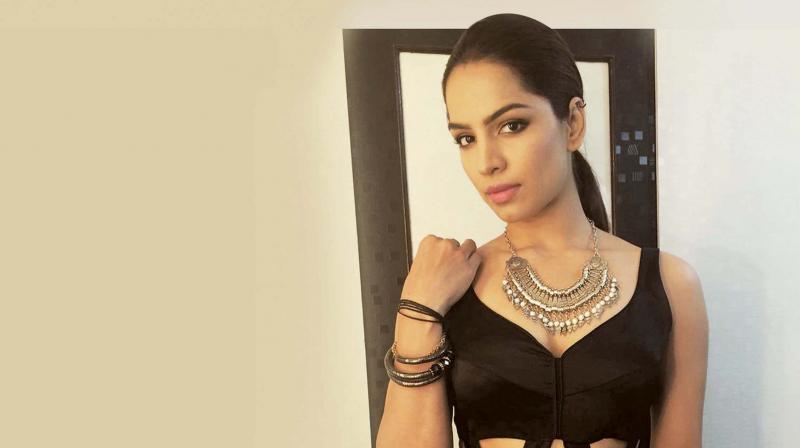 A lewd comment on TV actress Shikha Singh’s Instagram account left by a police officer has highlighted the dire state that women’s safety finds itself in.

Insults on photographs of women in beachwear, trolls attacking your views in the comments, and even rape threats are now something that women across the board face when they get onto social media. While some report the harassment cases to the cyber cell of the police departments in their towns and cities, others try their best to ignore the situation and go on with their lives.

Indeed, when television actress Shikha Singh got an obscene message on her Instagram account asking for photographs of her in a bikini, she initially overlooked it. Used to a certain amount of hate mail for her negative role in a popular TV show, she confesses that the comment didn’t register at first. It was when her friend pointed out the comment later that she traced it to the account of a police officer. Shocked and dismayed, she countered “Just bcos a person doesn’t put hands at you, that doesn’t mean they aren’t abusive. Abuse is Control, Blatant disrespect, and also hurtful words. (sic)” 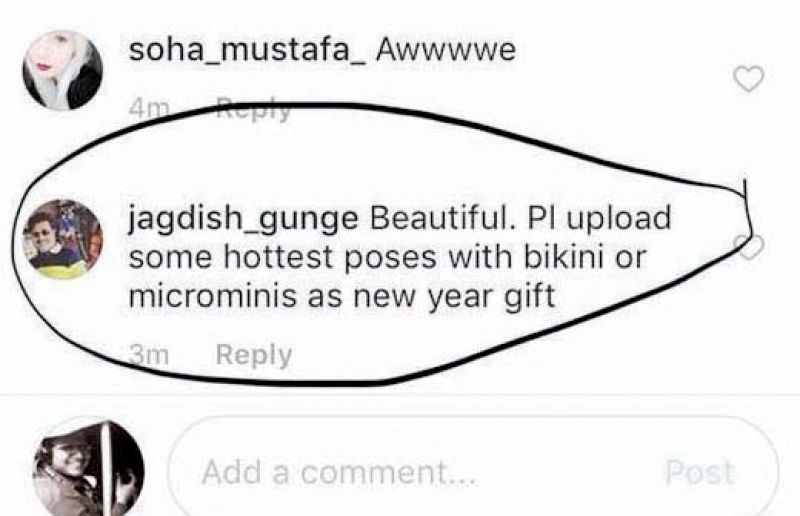 Since then, the actress has also gone on to lodge a complaint with the Thane police station. “As of now, I have spoken to the police over the phone. They have promised to back me on this and take strict action against the officer. I am meeting with the police on January 21, when I get some time off from my shooting schedule. From the looks of his profile on social media, he is either a police officer or an RTO officer,” she informs us.

The fact that an officer of the law, to whom one turns when one is in trouble, could be the person behind online harassment, is definitely cause to be disturbed. “I know not all police officers are like him; I have a uncle in the police force and we all see him working so hard to keep the city safe. Then, when you find people like this, you feel like there should be some sort of screening process for the police force,” adds a disappointed Shikha.

“Forget gender sensitivity, someone needs to teach these guys basic technology. How could this guy think that he would just get away with something like this, especially since he used his own account?” asks an incredulous Neeti Palta. The comedienne adds sarcastically that perhaps now one needs to go to stalkers for help. “It’s amazing how we are all living in such fluid times. If police officers can change their career paths to become criminals, maybe it’s time to go to the stalkers and creeps to help protect us — that would be a true role reversal,” she says with a laugh.

The concern about who one can turn to when the perpetrators are the supposed saviours, is very real. Actress Shweta Tripathi of Masaan fame expresses her concern about lack of people to depend on. “I think that we have come to a time when we can only depend on ourselves and each other as women. Situations like these always come as a shock to the system,” she laments.

However, sitting back and letting the perpetrator get away with harassing someone, whether online or offline is absolutely unacceptable, says the actress vehemently.

“It doesn’t matter if he is a police officer, a politician or your friend. At the end of the day, we need to make sure that they don’t get away with harassing a woman. That’s why whenever I see an obscene comment on anyone’s timeline; I always make it a point to report it. We can only bring in a change with one person at a time. It is a slow process, but a vital one,” she says.

Shikha, too, explains how she went to the police despite many asking her to just ignore the situation. “When I first put out my post, many of the people who commented told me to just ignore it and that I can’t do anything about it. But I didn’t listen to them. If we don’t take these steps to mitigate rape culture, these people will only gain more confidence and harass women offline as well,” she says, angrily.

Actress Renuka Sahane commends Shikha on her bravery and says that an example should be made out of a case like this one. “Just as people say that examples should be made out of celebrities when they do something wrong, the strictest of action should be taken against this officers as well. Though each situation is jarring, this is not the first time that a member of the Mumbai police has been accused of harassing or assaulting a woman. If he is punished severely, then perhaps such incidents can be mitigated,” she concludes.