The actor with a conscience

The activist inside actor Prakash Raj emerged after the brutal murder of his friend Gauri Lankesh. 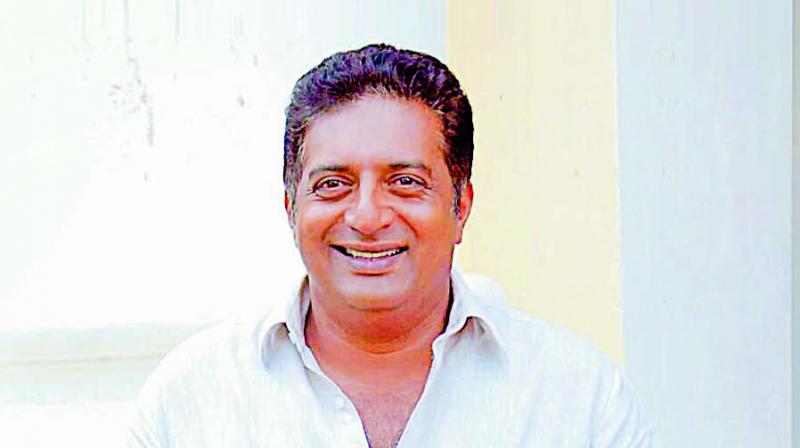 In Kochi, a 70-year-old man walked up to Prakash Raj and told him, “Thank you for speaking out.” On a bus, a woman sitting in seat number 23 D wrote him a letter and sent a child to give it to him. “I like you more than an actor now for standing up and speaking out,” the letter said. Prakash Raj, travelling in a car to Kochi, talks about these incidents that give him confidence to keep doing what he has been doing these past few months — speak out against atrocities by people in power on people without it.

Even as speaks, there is a bunch of youngsters waving at the car, giving him support in this journey. One he has taken up on himself since the killing of a dear friend — journalist-activist Gauri Lankesh. The actor — the star — became a different person. On the outside, because that’s when we heard him speak, very calmly, very patiently, about the attacks by the ruling Hindutva parties on the defenseless. But on the inside, he had always been so, he says. “I have always been against this, I used to talk about it. But it is true I became more vocal after her (Gauri’s) killing.”

He says these killers became more desperate and tried to silence people with fear. But this only made Prakash Raj more vocal. He is not afraid, he says, because he has people supporting him everywhere. Like that 70-year-old man and the woman on the bus. “The more the voices that come up, the more desperate they become and the more hideous crimes they commit,” he says. And that’s what’s been happening in this country, he says, there are protests everywhere – by students, by women. It is not just him. “They’ll speak through a mandate, that’s a voice too. Everyone need not be able to speak up. Some will speak through their films, some through their art or their literature. I will be happy to be a part of such cinema,” says the actor.

But he repeats what he had been saying for a while, that it is not important that he enters politics. He is into political awareness — political, social and economic awareness. “My job becomes more effective when I speak as a citizen,” he says.

On Monday he spoke at a commemoration meeting for the late RSP leader Baby John on ‘Tolerant India Secular India’. In a less-than-nine minute speech Prakash, in his newly found voice of the citizen, said, “We as citizens of this country, as the people who are fighting for the soul of this country…we are hurt, we feel helpless at what’s being unleashed on us.” Looking back at the recent brutal incidents — whether it is a rape or a killing — it cannot be looked at as an act of lust or an act of a human being who has lost his conscience. “These acts have been supported, given the freedom to be committed with an agenda of silence, an agenda to impose a narrative, which will destroy this country’s ethos. I am more worried about that,” he said.

Recently a few BJP MLAs had tried to silence him. He told them not to try and threaten him. Because when they try to silence him, his voice grows louder. He knows what their agenda is, what he is fighting for. “I don’t want to change the Constitution not because I know what the Constitution is, but I am what I am because of the Constitution.” He goes to explain this by talking about his mother, who, as a 12-year-old girl, was an orphan with a few siblings, living at the Divine Providence Orphanage in Belgaum. “No one asked what their religion was. They had access to an education. Nobody judged them because of their minority status.

She came a nurse, her siblings became teachers and principals at schools. It is because of the Constitution, the right and the freedom it gave her. She married out of faith, no one stopped her. I was born. And if today I am a voice that’s heard, it is because my Constitution let me be,” Prakash said. “I want that possibility of horizons to reach others too.”