A Blame of Thrones

Fans have filed a petition to remake the entire final season of Game of Thrones as they found it disappointing. 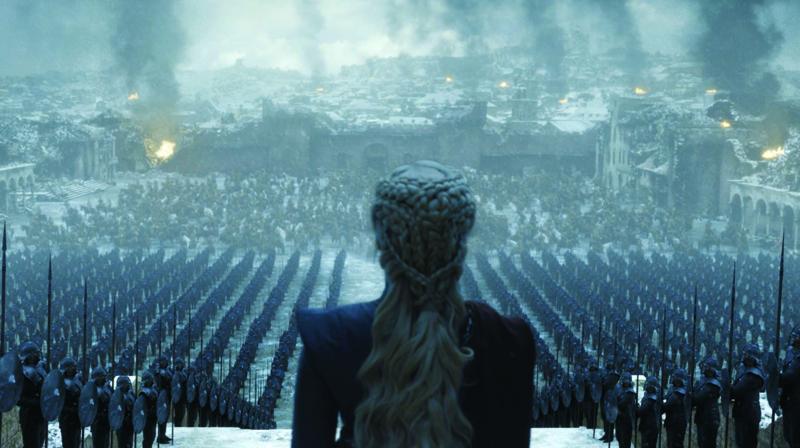 Fans are posting on Instagram regarding making of this season and telling that GOT was best till season 7 but the final season has brought disappointments.

The final season of game of thrones released on April 14 was broadcast after two years since Season 7, and was expected to be the most thrilling Season. However, after the fifth episode of GOT title the Bells, fans were shocked to see Daenery’s Targaryen’s Character turning into dark and evil, burning the city.

The final season, fans feel, is truly disappointing during the first couple of episodes. They blame the show creator for writing a weak story line and allege some crucial character developments were thrown out of the window.

Slips like the Starbucks cup and Jaime’s hand mysteriously growing back (turned out they were promotional stills and not the actual episode) just added to the train-wreck, they feel.

The Starbucks cup near Daenery’s table was trolled over the Internet mercilessly as the real shocker.

Fans even managed to trick Google’s algorithm to rank the writers David Benioff and DB Weisstheir along with their pictures stating “Bad Writers” when someone searches the term.

Three lakh fans have signed the petition to remake the entire season 8 again.

Fans are posting on Instagram regarding making of this season and telling that GOT was best till season 7 but the final season has brought disappointments.

Bhavika, an avid GOT fan, posted saying, “If you have just started watching GOT then watch till season 7, no doubt the final season episode three was amazing but it will come to a disappointment later on”.

A Change.org petition called “Remake Game of Thrones Season 8 with competent writers” was approaching 850,000 signatures on Friday, ahead of Sunday's finale.

The petition managed to achieve the target in no time.

“David Benioff and D B Weiss have proven themselves to be woefully incompetent writers. The series deserves a final season that makes sense. Subvert my expectations and make it happen, HBO!,” says Dylan D, the petitioner, adding, “We fans have invested a wealth of passion and time into the series. I’ve been watching the show religiously since its second season. I’ve read all the books so far, and eagerly waited for the next season. I love the story, and I, like most of you, was crushed to see how the last season (and season 7, let’s be real) has been handled. The issue I have is not necessarily with where we got, but with how we got there - a rushed and laughably inconsistent mess of a season fraught with cringe-inducing, arc-slaying dialogues and the “everybody is stupid” syndrome. We can expect that the books will describe a more sensible path towards the ultimate conclusion that we will see on Sunday. No pressure, Mr Martin. As long as David Benioff and D B Weiss had the books to count on, Game of Thrones was one of the greatest television shows of all time. No one can doubt their talents there. But they seemingly got tired of the series and rushed to the end, thereby doing the show and its fans a great disservice. I feel for the actors and actresses as well. They had put their souls into these characters, and they could be every bit as disappointed as we are.” 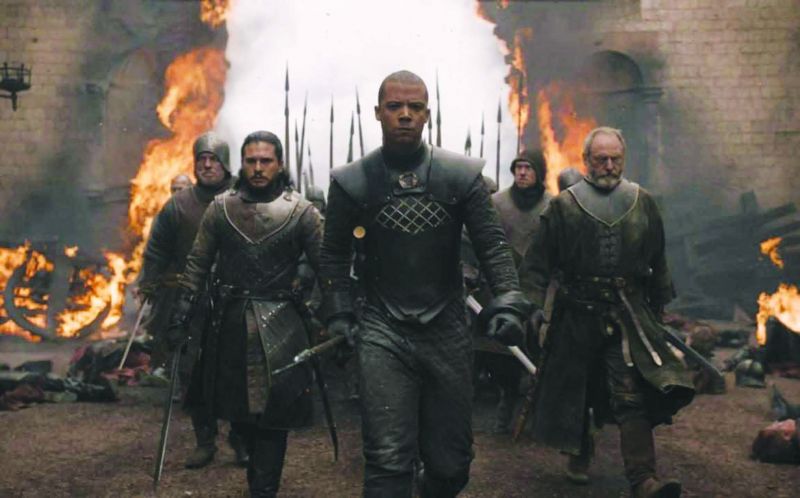 A video posted this month, in which there was reaction of the cast’s to the final season, has gone viral. While everyone is criticising the season a few fans are appreciating it, by saying it’s Game of Thrones and that anything can happen in it and writers have done proper job regarding the making of it.

Another GOT fan Esha Goyal says, “Daenerys’s heel turn wasn’t as disappointing or shocking as people are making it to be. Honestly, it was all leading up to this. She always had an aggressive streak in her, which only gives more shade to her character rather than destroying it. This episode saw some great acting backed up by strong visuals. I seem to have an unpopular opinion but story wise, the writers chose the right path.”

Since its first episode eight years ago the HBO show about noble families vying for the Iron Throne has picked up just about every award going on the way to becoming a global ratings smash and a cultural phenomenon.

We have to wait what will happen in the final episode of Game of Thrones.