Drag Queens like Rani Ko-He-Noor, Maya, Betta Naan Stop, and Lush Monsoon among others were seen reading stories to children. 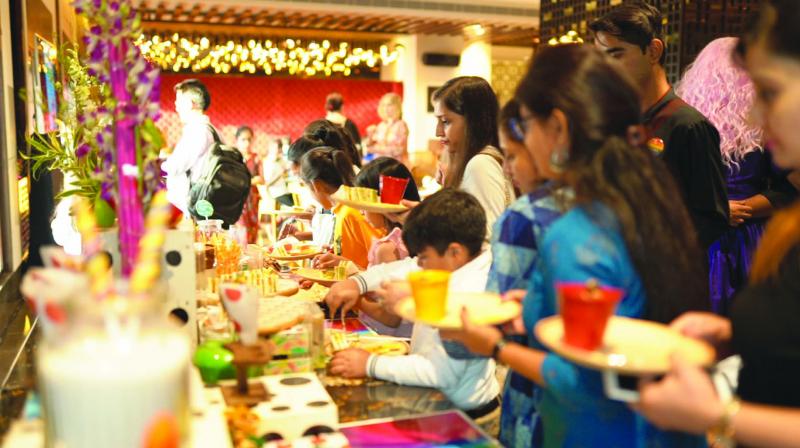 A still from the event; Lush Monsoon at the reading session

Robbing individuals of their freedom in the name of caste, religion, economic status, personal beliefs, and sex is paramount to going against the fundamental right of choice. A community ostracised and most misunderstood is the LGBTQI. To challenge discrimination and inequality against them, May 17 is celebrated as the International Day Against Homophobia, Biphobia, Intersexism, and Transphobia (IDAHOBIT) across the globe. The Capital saw an attempt to raise awareness about the rights of the queer community.

Held at The Lalit Suri Hospitality Group across its properties saw the Drag Queen Story Hour. Celebrated and accomplished drag queens read stories to children from The Elphie Book series. The entire exercise was aimed at educating children and parents about the sensitive issue of gender stereotypes and promote unfettered acceptance.

Drag Queens like Rani Ko-He-Noor, Maya, Betta Naan Stop, and Lush Monsoon among others were seen reading stories to children.

According to Keshav Suri, executive director of The Lalit Suri Hospitality Group and founder of The Keshav Suri Foundation, education is a basic right and a tool that helps one lead a life of dignity. “The only way we can become an understanding and inclusive society is when the next generation is evolved. Through, Drag Queen Story Hour we wanted the children and parents to understand and break the constructs of gender,” he said.