While it set a record for diversity in nominations with 49 black or indigenous people of colour, major acting trophies went to white actors 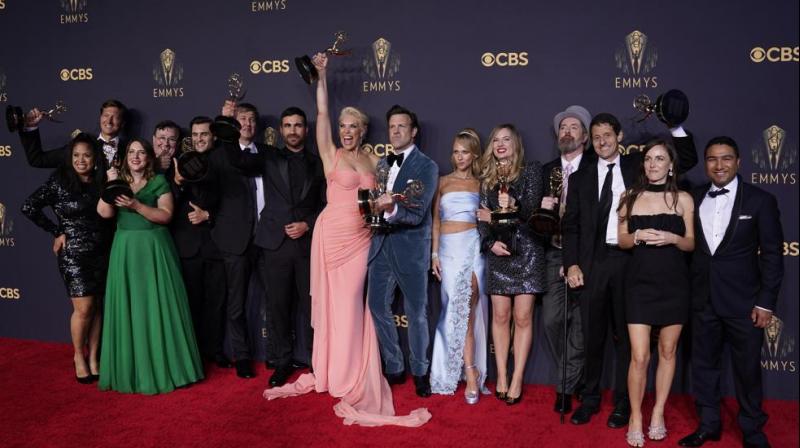 While setting a record for diversity, with 49 black or indigenous people of colour (BIPOC) nominated across all categories, all major acting trophies went to white actors at the Emmys 2021.

According to Variety, actors that were seen as solid contenders included Billy Porter and Mj Rodriguez ('Pose'), the late Michael K. Williams ('Lovecraft Country') and Kenan Thompson and Bowen Yang ('Saturday Night Live') -- but in the end, all ended up empty-handed.

The 2021 ceremony has undoubtedly failed to meet the expectations of people.

Another one wrote, "#Emmys do this every year: Nominate a diverse selection of our faves, only to give them to the same white actors and/or stories. Middle-aged white folks in conflict or British period pieces will win over nuanced, multi-dimensional plots involving characters of colour."

#EmmysSoWhite has been trending all over Twitter since morning.
"Black host, Black announcer hell even Black music. We doing everything but win. #EmmysSoWhite," a social media user wrote while condemning Emmys 2021.

"Lovecraft country won nothing tonight and 98% of the winners were white despite the amount of black talent around #EmmysSoWhite," a netizen tweeted.

This time Black performers had a strong showing at the event. But all efforts went in vain when nominees of colour failed to win most categories.