Match made in hell 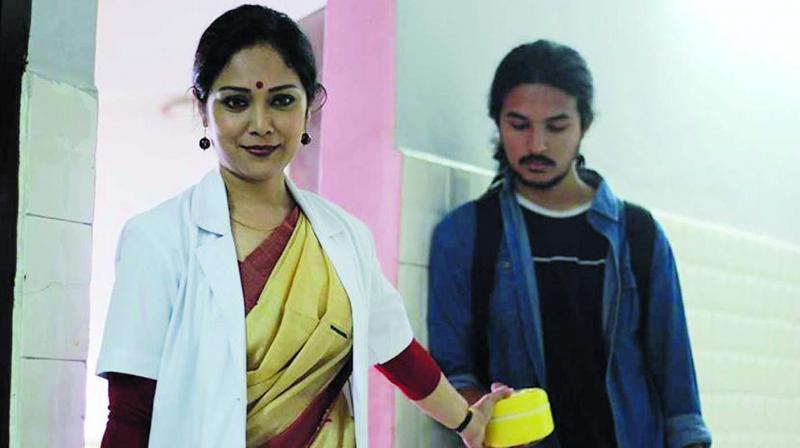 Still from the film.

When the National-Award winning filmmaker Bhaskar Hazarika was having dinner at a restaurant, his eyes met a sight that would serve as inspiration for his latest film Aamis (Ravening). Enamoured by a couple ravishing a plateful of meat, Hazarika decided to make a love story that blossoms over a fondness for non-vegetarian food. Well, that’s what Hazarika would like his audience to believe before they take their seats in movie theatres, at least.

Premiered at the Tribeca Film Festival in New York, Aamis is, in essence, a love story that takes a macabre turn into all things sinister. This unconventional, genre-defying film even made Bollywood filmmaker Anurag Kashyap claim that the movie is unlike anything that has come out of India. Now that the film is getting a nation-wide release on November 22, this rom-com-meets-psychological horror has become a must-watch. “This movie was like research for your next projects — to see what works and what not works on the audience,” quips Hazarika, whose Assamese film made its Indian debut at the Jio MAMI Mumbai Film Festival last month. 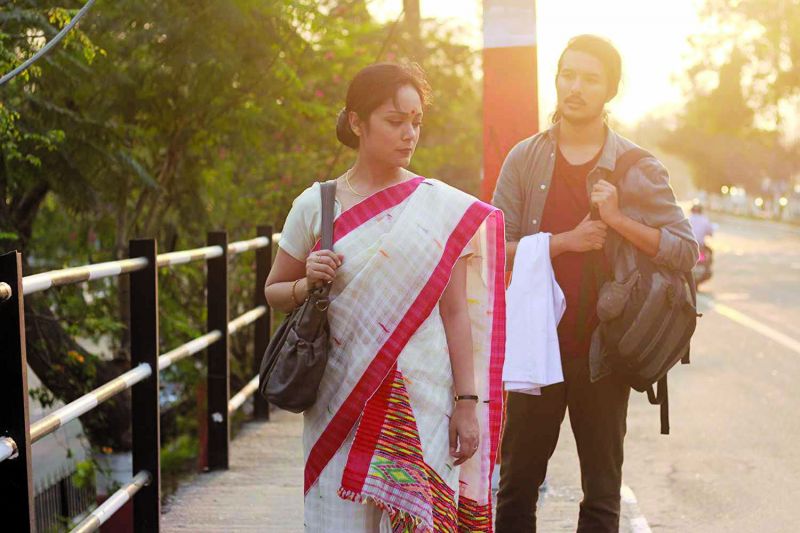 In the film, Dr Nirmali Saikia (played by Lima Das) meets anthropology student Sumon Baruah (Arghadeep Baruah), who is researching meat-eating patterns in the North East. In the absence of Nirmali’s husband, she accompanies Sumon to various adventurous meals, and just like that, a slow-burn romance begins to simmer. But since Nirmali is not only a married-older woman but also a mother, this new exciting equation drifts into forbidden territory. The two are not able to consummate their desires, until one day they find a ghastly way.

“We were very clear that we will pitch the film like a Karan Johar-love story that people have seen many times — an older woman falling in love with a younger man — and then suddenly slip in the horror element,” says Hazarika about the film, which forces its viewers to reconsider what they know about carnality.

Hazarika, whose Kothanodi had also garnered critical accolades, was able to make this transition from one genre to the other so fluid because of his meticulously crafted script. “Filmmaking is a lot about manipulation, especially of the audience’s expectations. My learning is that you can start with a love story and end with a horror story, as long as there is logic to it,” he laughs.

The brilliance of the writing can be delineated within the first fifteen minutes of the movie. Nirmali says: “Meat is not the problem, gluttony is,” and this dialogue begins to echo in your mind during the last scene. You were warned.  There are several other dialogues in the films that form a breadcrumb trail to the end of the film. Hazarika quips: “I am hoping that people see the hints, and then get two tickets and watch the film again.”

Although the film can glue you to your seat, inspire a walkout, make you give a standing ovation, or even turn you into a vegetarian, Hazarika insists that Aamis is not about its horror element, but what fear can make one do. The filmmaker, who has studied the horror genre with an academic approach, concludes, “What gets me about the film is the notion of fear. Because unlike a situation where you are happy, it is in the situation where you are fearful for your life that your true character comes out. It’s a very interesting space to bring stories in. It is not to titillate, exploit, or scare, but to explore fear rather than horror, and how it affects other people.”