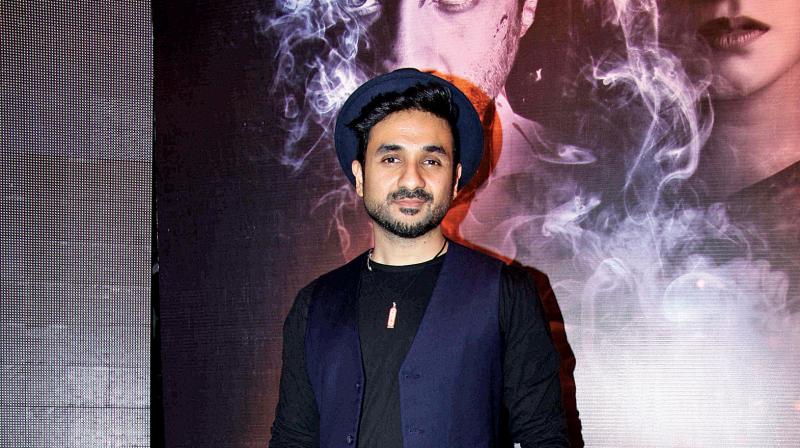 Comedian Vir Das is out with his third special for Netflix, For India.

With his third Netflix special For India, comedian-actor Vir Das has become the only Indian, and one of only six comedians, to have achieved that milestone. In his almost-75-minute show, Das emerges from a bright blue door and narrates, cracks and explains jokes to a room full of natives and foreigners.

“When you get a call saying that you are getting your third Netflix special, you start to think about what the first two specials were about. And being number seven on the list brings a lot of pressure to do something different,” says the 38-year-old. As the name suggests, For India covers all thing Indian, right from Parle G, Moogali, chudails, Fair and Lovely to Amar Akbar Anthony.

Though unplanned, all of Das’ specials — Losing It and Abroad Understanding — bring to screen the journey of familiarising the outside world with the real India. With For India, the comedian wanted the base to be his home country but also appeal to an international audience. “If you watch my specials back to back, they are different from each other. Abroad Understanding was a crossover or trying to cross over and I introduce myself to the world. Losing It was a proper American special; it was shot in America and was about that journey,” he muses.

After spending three months mulling over the idea of putting in perspective a universal idea of India, Das started holding secret shows at Cuckoo Club in Mumbai. Most of the jokes in the special are based on topics suggested to him by the audience.

“I did 40 secret shows in 20 days. It is a safe zone for me to try jokes that aren’t fully toned yet. I would spend hours on stage just talking to the audience, asking what they would like to hear about. I knew I wanted to talk about Bees Saal Baad, but Amar Akbar Anthony and Jungle Book came to me through the audience. Even Ram Mandir and Jallianwala Bagh came from the audience; I went there to talk only about my friend in 26/11 and World War II,” reveals the actor, who did large-scale secret shows in Toronto, London, and New York as well.

When asked whether he fears crossing a line — by cracking direct jokes about prominent names and entities — and might estrange his special, Das opines that in the current time, the only key is to have a little thick skin. He adds that the best means for an artist to confront people is through their art, as it will outlive anything. “It is the audience that is in charge of drawing that line. If I start worrying about this line, I will go mad. At some level, all comedians know that every joke is at somebody’s expense. So you are never going to write a joke that offends nobody, and that is the truth,” he asserts.

As far as cracking a joke on facts is concerned, the Whiskey Cavalier actor explains that all comedy is a distortion of facts. “The only problem in India is that we confuse comedy for facts,” he adds.

However, it is not the bold and direct jokes that worry the comedian but a joke falling flat. “You are always uncomfortable; none of them scares me as much as the joke not being fine. So the one thing I most scared of is writing a joke and it is not funny. That is the fear I focus on. And my biggest fear is writing a bad joke,” he laughs.

Now that the special is out, Das wants to relax, sleep for a week, and let life happen to him until he has something new to say.

“I am on tour with a new show about love that is chilled out and personal because I wanted to do something different. There will be acting this year, but right now I  feel like I have given birth. Many Indians have watched it, now it is time for others to watch it,” he concludes.