...believes Madhavan, who in a tete-à-tete with The Asian Age, talks about why he picks multi-starrer films. 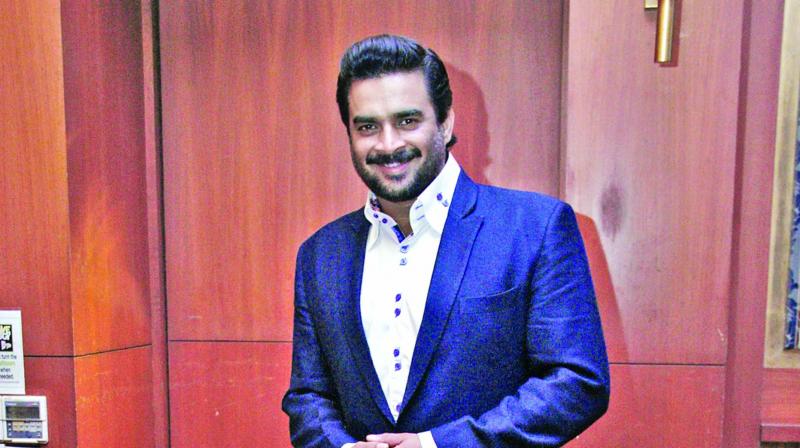 Seventeen years after Alaipayuthey, R. Madhavan is still the quintessential perfect gentleman in Kollywood as well as in Bollywood, and a heartthrob for thousands of women in the country. For his roles, Maddy never steps back from going out of the way to bring out perfection — and has carved a special niche across industries, with his evolution as a performer. The actor, as  a brand ambassador of Hathway Broadband, launched the network in the Chennai recently. We caught up with him...

Are actors forced to voice their opinion?
Actors are always soft targets. I am not someone who would raise my voice to seek publicity. I am a responsible citizen and I continue to be so. If anybody accuses me of being rich, I give it back to them because I had a poor economical background. I worked my way up and I am an exemplary citizen and I always do what is good for my nation.

Would you be part of Kamal Haasan’s Bigg Boss, if given a chance?
It’s not really my cup of tea, so I wouldn’t accept it.

What would you call your autobiography?
The title would be Prelude to my Autobiography. But I’m too young to have one and there is still a long way to go!

Do you have a favourite co-actor?
When I listen to scripts, I never ask who my co-star is — instead I ask about the characters and the producers of the particular venture. I’d love to work with Deepika Padukone, but apart from that, I don’t think there is any desire. With Kamal Haasan and Amitabh Bachchan, it’s a different story — I am game irrespective of my work schedule.

Are you a person who is involved in the creative process of a film?
Always! I always take part in the creative process of every film of mine. Gone are the days where an actor would walk into the sets, finish his portions, take the money and leave. In fact, I’ve been accused of being interfering — but that’s the way I am. It is important for every actor to get involved with the script.

Maddy and the world wide web
I know that the internet is the lifeline of every society. It’s unfortunate but also true — because it adds up to our routine life like water and electricity. Appliances at home and apps are connected to the internet including our security. I think that it’s important to educate and protect yourself from the perils of it... as we see with the current issue of Ransomware.

Is A Mani Ratnam re-union on the cards?
I’d love to and if he has something in mind, he will definitely call.