‘Trapped on a deserted island’ has been a meme long before memes existed. 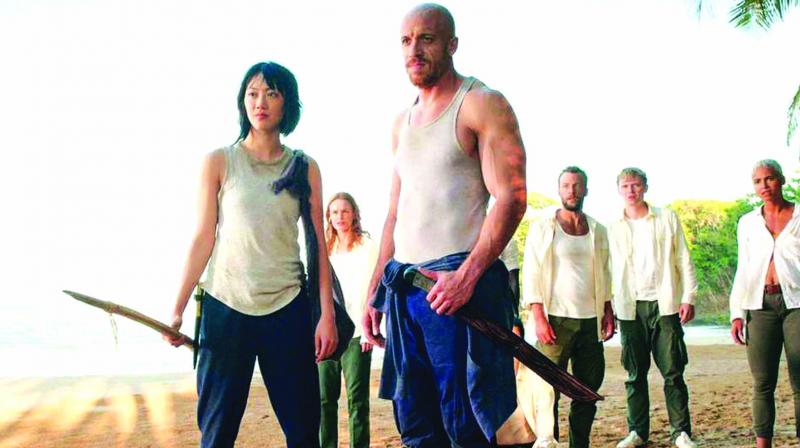 A scene from the show

If you are to make a good sci-fi thriller, you will need: a good back story, some otherworldly equipment and bit of brain wiping. Netflix’s new miniseries The I-Land, which is just seven episodes long has all of this and much more. Bringing together the best parts of sci-fi films and thriller movies, The I-Land follows a group of 10 people who are stranded on a tropical paradise in the middle of nowhere with their memories wiped clean. Who they are? What are they doing there? How did they get there? All will be revealed as the series progresses.

The episode starts with Chase (Natalie Martinez) waking up holding a shell. Why a shell, no one knows. She then meets KC (Kate Bosworth) and the two take an instant dislike towards each other. With the first conversation these two share it becomes evident that Chase is the one you should be rooting for. It is when the pair meets the rest of the group, that questions start surfacing. Who are they? Why don’t I remember anything? Do I know them from somewhere? Once the initial introductions are done, the group splits into teams to look for food, water, shelter, etc. It is only as the series progresses, that the group starts getting glimpses of the past. The 10 people stranded on the island are actually convicted criminals who are on death row and are on the island as part of a ‘get out or get killed’ kind of game.

What gets you hooked to the series is the number of questions it makes you ask and the itch to get answers will take you till the seventh episode. Everything is a mystery — the people, their back stories, the island itself and also the various things that mysteriously appear on it. The only fact that puts you off is the fact that the plot is revealed way too soon. Though it doesn’t become predictable after that, the thought that the mystery is revealed is disappointing. While some of the characters are killed off way too soon, others are prolonged for no reason. Nevertheless, it’s definitely a must-watch if you’re one of those people that loves a good sci-fi series.