Dhruv has a lot to live up to

The young actor has to contend with other versions of Telugu and Hindi that gained massive box-office numbers. 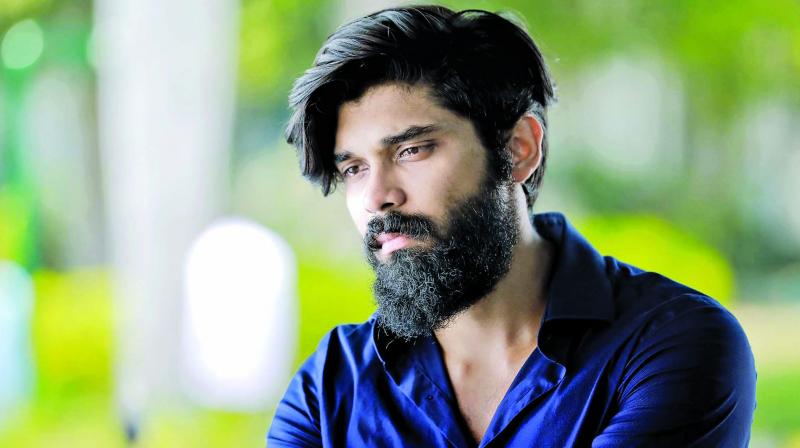 Dhruv in a still from Adithya Varma

With Vijay Deverakonda and Shalini Pandey as the protagonists in Telugu, Arjun Reddy collected over Rs 50 crore at the box office, whereas Kabir Singh collected around Rs 300 crores at the box office with Shahid Kapoor as the lead alongside Kiara Advani.

For the uninitiated, Adithya Varma starring Vikram's son Dhruv, Banita Sandhu and Priya Anand in prominent roles is directed by Gireesaaya, who is a former assistant of Sandeep Reddy Vanga. Earlier, the film (titled Varmaa) was announced with director Bala. However, the film was scrapped after major fallout between director Bala and producers E4 Entertainment.

It was Chiyaan Vikram who motivated his son Dhruv Vikram for the reshoot of the same film. Vikram was present every day at the shoot and guided his son as well as the crew to perfection, according to reports.

The Tamil version stays true to its Telugu original, Arjun Reddy, in terms of its content and the way it is shot. Director Girishyaa, who is making his directorial debut with this movie, announced that Adithya Varma will be the name that will resonate across Tamil Nadu when it releases. He admitted that the movie is bound to be compared with the Telugu and Hindi versions, but said Dhruv's performance will be spoken about.

As it's not easy to exceed the box office numbers of Kabir Singh in Hindi; industry experts feel it should at least compete with the numbers of Arjun Reddy in Telugu as minimum performance. Leading distributor Tirupur K Subramaniam says, “Adithya Varma will undeniably collect huge numbers at the Tamil box office. It has a regular tradition in the movie industry. Films like Vasantha Maligai and Engal Veetu Pillai were also remakes of Telugu films. Both the films were blockbusters in Tamil too.”

For the past two weeks, Vikram and his son Dhruv with the movie crew are promoting this film in every medium to make sure it gets a grand opening. “The teaser and the single of Adithya Varma has already gained lot of reception from the audience, the youngsters love the visuals. Dhruv has proved that he is capable of pulling off this role; it will break the box-office records for sure,”says RJ Shruthi.

It is noted that actor Vikram got a break in the industry through the movie Sethu, a college love story. Adithya Varma also deals with similar content. Will it help Dhruv to achieve his father’s feat? Let’s wait and watch.