On the 10th anniversary of the popular show Breaking Bad, fans reminisce the best moments of the show and what they learnt from it. 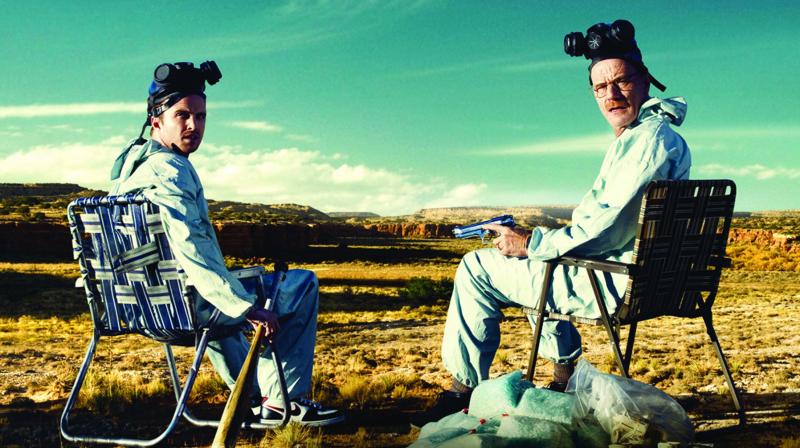 The Emmy-winning drama show that turned into one of the most iconic antiheroes to ever grace our screens just turned 10. Yes, we are talking about none other than Breaking Bad, produced by Vince Gilligan who tells us the story of Walter White (Bryan Cranston), a struggling high school chemistry teacher diagnosed with inoperable lung cancer who turns into a remorseless drug kingpin partnering with one of his students.

The youngsters didn’t just go crazy about the visuals or the action in the show like many other shows but connected on a much deeper level. We talk to some of them who reminisce about the best parts of the show and tell us what the show means to them.

Preethi Manjunath, a 21-year-old law student, says, “The director, producers and everyone who has worked with the show were the luckiest people on earth to work on such an amazing show! This is my favourite show of all time. Something that I really like about the show is the deep meaningful reason behind White’s meth-making business. It’s a good TV show to actually learn something from, there’s a lot of brutal truth to the show which no one will generally tell you in life. Though I did want another season and a positive ending, as it fails to do that at the end.”

Getting hooked to a show is one thing, but deep understanding and learning about what each character goes through involves an emotional connect, and that’s what Breaking Bad does to you.

Daniel Kagoo, a photographer, shares how the show had gotten under his skin in a way that no other show has. He says, “So many great moments but one of the most badass moment comes at the end of season one episode six — ‘A handful of crazy nothing’ — when Walter White shaves his head and heads to Tuco’s drug house to confront him. That moment he says, ‘This isn’t meth’ and then proceeds to throw the crystal down and detonates the building, and walks back to his car as if nothing happened. To me, this scene marks the birth of Heisenberg and catalyses the transformation of Walter White from a protagonist to an antagonist. It has got under my skin in a way that few other shows haven’t.”

But, unlike many others, 25-year-old Jonathan Jacob, a freelancer, had an emotional connection to the show because of a similar situation that happened in his family in terms of his father’s health. Jonathan says, “I really love the show because it had this balance of realism and drama. The perspective of a person who was initially a normal person who becomes sort of a monster was so interesting. Personally, though, around 2013 was when my dad had a surgery done to get rid of a brain tumour. We watched the show together because the protagonist had lung cancer and was desperate to look after his family. So it was a weird bonding experience for us. I don’t think it should have continued because it ended on a high note. Spin-offs like Better Call Saul make sense coz it introduces something fresh and develops the world of Breaking Bad more.”