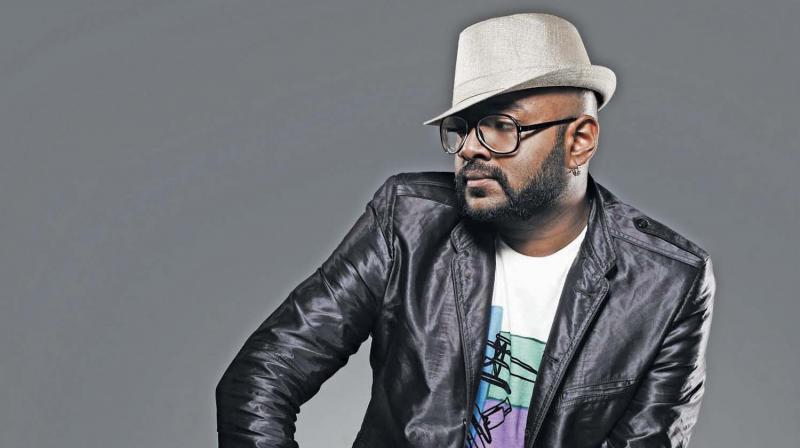 There is a recording going on. Benny Dayal has just sung for a Hindi film but he can't name it yet. He has to wait for the announcement. He can't name the songs of his new independent project either; one music video has just been shot and is in edit mode. But he is excited about it, it is a new concept. Not an album, not an EP, but a series of singles that he is making with co-producer Siddharth Sharma. They call it Swag Anusaar.

“Every song, every emotion, I am just adding a touch of swag, just that much. There are different concepts and emotions and we are making tracks out of it. Everything has got a touch of swag,” Benny says, in a phone interview from Mumbai. He had just been to his home in Kerala, celebrating Vishu and Easter. But work would always call him back, and he trots happily to it, to making music, singing, performing and travelling. “I just want to make music—however it may be, in whatever platform,” he says.

He is talking about singing for films while also making independent music. You just need to prioritise correctly and work, he says. So he has just sung two Hindi songs, and there is quite a few Tamil ones coming. Saravanan Irukka Bayamaen is the newest coming out, composed by D Imman. The last Hindi that came out was in Befikre last year. But then there has been no Malayalam song for a while.

Not that he is keeping away deliberately. “No, why would I do that. I love my Malayalam. It will happen when it has to,” he says.

Independent performances with his band too had been few in Kerala. “Because of the ban in colleges in the last couple of years. But that's been lifted and we will have a show at the Thiruvananthapuram Medical College,” he says.

He is however not so much into composing for films. “One of my songs did get picked up in a movie—Let's Nacho (in Kapoor & Sons). But I am happy composing individually. I have always wanted to make music with complete freedom. In a film, a composition you really love may get altered because of the situations, and according to the script. I'd rather like making a song with a concept and then make a video.”

He is at the moment performing in Mumbai and Pune with his band FunktuaTion. The band is making an EP, to come out in May. Again, there is English, Hindi and Tamil but no Malayalam in that EP. But there are memories of Kerala, sweet ones from years ago - when in 2009 he performed in Kozhikode with AR Rahman, for whom he has sung quite a few songs, including the Malayalam Omana Penne in Vinnaithaandi Varuvaayaa. He also loved his last performance in Kerala—again in Kozhikode, in 2014, performing at the Ragam intercollegiate fest in NIT. “It was one of the longest performances in a college. We performed for some two hours and 25 minutes, non-stop. It was fun and amazing.”

More than performances, perhaps, what Benny loves is making music videos. “As a kid I always watched music videos. There are a lot of references in my music from the old songs, from the black and white era. I'd rather treat a song to a complete video. That's kind of my passion, making music videos.” He appears in them too, unless it is a concept song. In fact, he has had a brief stint at acting, when he worked with director Jayaraj in the movie By the People. But he is not looking forward to more.

“It is a crazy commitment, and hats off to the actors who do that. I am just a lazy musician who likes to spend hours in his studio making music and then going home and enjoying the rest of my time. That is the beauty of music. You spend time making it, and then enjoy performing it, travel the world with it, and then come back to your studio to make more.”