Dr. Ravi said that he wanted to present a more exotic movie to the Americans and a simpler movie (Bollywood is slightly over the top) to the Indians. 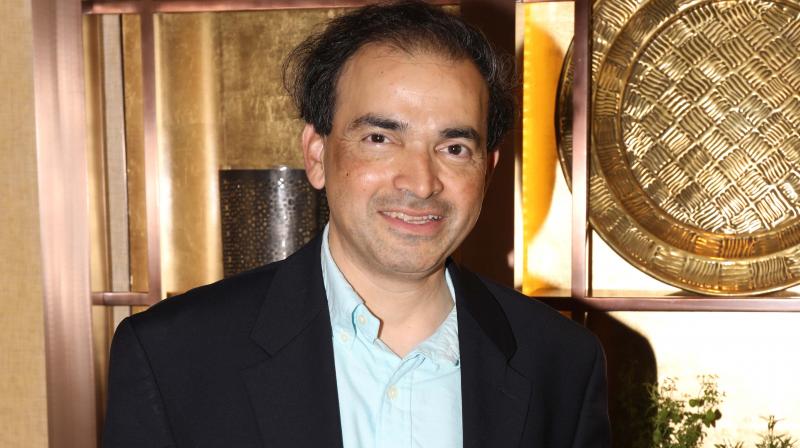 Is movie making a hobby? Hardly. Says Dr. Ravi Godse, who holds a few post graduate degrees from an Indian medical college ( KEM Mumbai) and film school (USA). Hailing from Mumbai, Dr. Godse practices his medical profession at Pittsburgh, United States. But his passion for film making and love for history takes him to places. For one such project he has come to India.

‘Remember Amnesia’ - the film which was shot in both Hollywood and Kolhapur, within a span of just 8 days. This fact has turned a lot of heads nationally as well as internationally. The director is none other than Dr. Ravi Godse, who made the movie with surgical precision , challenging the age old premise that in movie making, you can only attain any two of the three parameters of Cost ,Quality and Speed.

This movie feels foreign, but has a good synthesis of both the cultures; urban sophisticated locations from Hollywood and authentic Indian flavour. Its unlike those Hollywood movies which go for the shock value of displaying poverty and poverty. They are good films and there is optimism in those movies but it is always juxtaposed with indescribable squalor.  Dr. Ravi wanted to capture the serenity of India and he has done just that.

Dr. Ravi said that he wanted to present a more exotic movie to the Americans and a simpler movie (Bollywood is slightly over the top) to the Indians. He has made a movie that is exotically simply and simply exotic. The movie is unabashedly literate and unapologetically flaunts the elegance of classic references.  It also presents humor that is pure and direct, reminding us of the Da Vinci dictum, that simplicity is the ultimate sophistication.

With his perspective on both cultures, Godse said that it was important to poke fun at both. An American doctor calls India, introducing herself as Dr. Smith and the Indian character says when Indian telelmarkerters call Americans, they say Tom speaking or Bob speaking, then why can’t Americans calling India  say, they were Chopra or Pande?

“ Remember Amnesia” is a fun, fictional thriller with a soupçon of romance and humor aplenty. The director does make a brief cameo near the end as a waiter, delivering a moving message about the expatriate experience. The director says, “The Indians who have lived in the United States for 20 years maybe both homesick and sick of home.”

“ Remember Amnesia” entertains while examining all these facets and yes, in case you are wondering, the boy meets the girl and thieves go unpunished.