A battle to be improv king

Improv Comedy Mumbai and The Etcetras will be fighting it out in an imrpov comedy tournament to see who comes out on top. 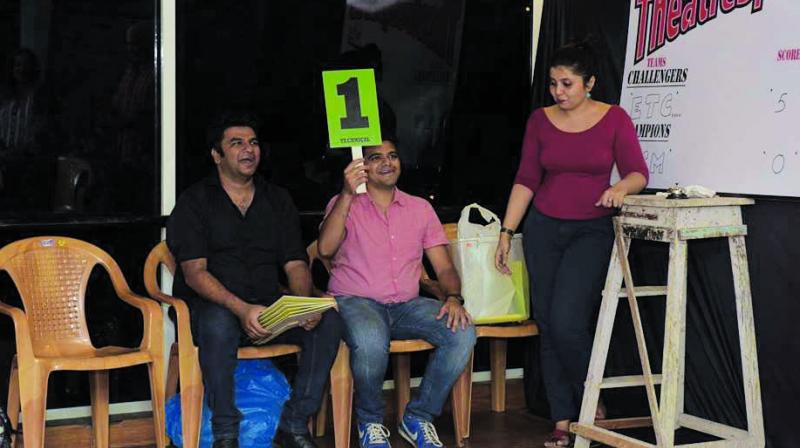 When you think of one of the most popular comedy acts of the last few decades, Whose Line is it Anyway? is one that appears on most people’s lists. The reason? The improv comedy format that the American show followed allowed for some hilarious situations, out-of-the-box scenarios and the audience having an interactive experience.

Now, two Mumbai-based improvisation clubs — Improv Comedy Mumbai and The Etcetras — will be taking the format and pushing it to another level. Turning it into a bit of a contest to see which group will come out on top, the Mumbai Theatresport League was born.

“Put simply, the performers will create a scene, based on an audience suggestion. These can either be a challenge or an idea,” explains Naveen Kaushik, co-founder of Improv Comedy Mumbai, and one of the performers. “All the members of the team play different characters in any scene, based on the situation at hand. One could become a protagonist, antagonist… anything at all!”

While regular improv nights in the city see amateurs and professionals both trying their hand at their format, this will be one of the first times a competition between two teams will be held on such a stage. 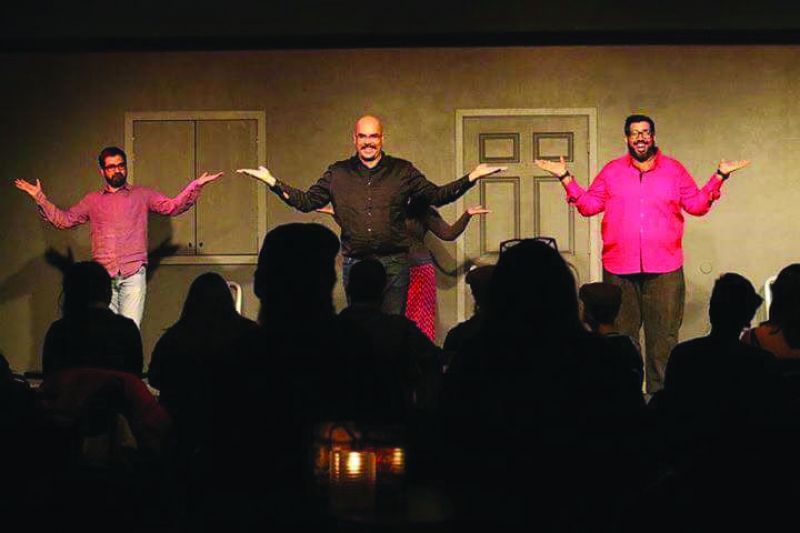 Quite like Whose Line… a scenario will be offered to the audience, who will then hit the teams back with activities. “Say, for example, we ask people what they like doing on vacation,” says Naveen. “Someone says ‘shopping’. And whatever they suggest, we will build a scene around it.” The audience will score the team’s performance on the scale of 1-5. After three rounds of each team’s performance, the winner will be decided, purely on audience points.

Since the rounds are of 10-15 minutes each, it’s not always easy to sustain a situation. But anyone who practices improv is aware of how difficult it is to hold audience attention for that long.

“If you go to see it, improv is closer in nature to theatre than stand up,” smiles Naveen, adding that the performers work around the scene to see what problems a character might be facing or a challenge they could overcome in real life.

Jeeya Sethi, the team leader of The Etceteras, laughs, “You can make anything up on the spot, and that becomes reality. In improv, you don’t have to crack jokes; the more real you are, the funnier it gets. The important thing is not to crack up ourselves, or not make our improviser laugh.”

On a more serious note, Jeeya says that her team hopes to learn from working with Improv Comedy Mumbai, since they’re veterans in this field. “Improv is new every time you’re on stage; we don’t do the same thing twice. And to see how people handle situations on stage is brilliant. It’s magical!” she exclaims.

However, Naveen adds that sometimes it can be a bit of a problem with audience participation. “You can’t always foresee when something absurd or harmful is said,” he shrugs. “Once we asked people to tell us one profession women are doing well in. Someone screamed ‘cooking’. Now, this isn’t right. Comedy too needs some sensitivity.”

With the improv scene finally budding in India, though, Naveen has one tip for everyone who wants to try their hand at it: say ‘yes, and’. “Say yes to whatever is told to you on stage. Say yes, we are on a ship. Yes, there are sharks approaching us. Start creating a story and you get better at it. Make it more dramatic and add more elements,” he concludes with a smile.

— With inputs from
Nirtika Pandita