The ad film narrates the story of a father and daughter and the role of trust and transparency in lives. 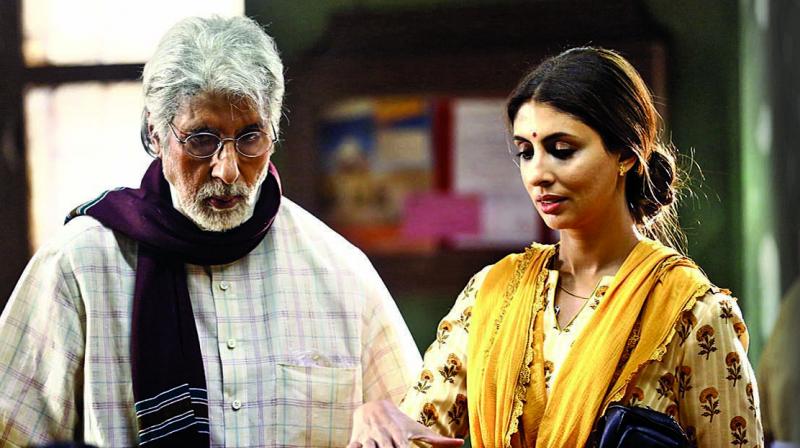 Shweta and her Delhi-based businessman husband, Nikhil Nanda, are proud parents to Navya Naveli and Agastya.

One more actor is making her big screen debut from the Bachchan family. Amitabh Bachchan and Jaya’s daughter, Shweta Nanda, will be sharing screen space with her dad in a sentimental TV commercial of a jewellery brand in which she acts as Big B’s daughter.

The ad film narrates the story of a father and daughter and the role of trust and transparency in lives. The photos from the sets of the commercial shooting show a de-glam Shweta helping an aged Bachchan climb the stairs with the help of a walking stick. The Kerala-based jewellery brand for which Bachchan is the brand ambassador has roped in Shweta as their influencer. Also known as a designer within close circles, the brand is planning to make use of her style sensibilities in curating special signature collections. The advertisement is expected to go on air in July.

The 44-year-old, unlike her brother Abhishek, sister-in-law Aishwarya Rai, is known as a recluse who has so far preferred staying away from the limelight, had earlier this year announced the launch of her debut novel Paradise Towers, which is expected to hit bookstores in October.

Shweta and her Delhi-based businessman husband, Nikhil Nanda, are proud parents to Navya Naveli and Agastya. The last time she was seen in a public function was at the wedding reception of Sonam Kapoor and Anand Ahuja where she walked in with her brother and sister-in-law.