Anchor Sandip Pal all set to make his directorial debut in Bollywood; here’s all you need to know

Pal has had the initial discussions about his film with one of the most prolific directors in Bollywood. 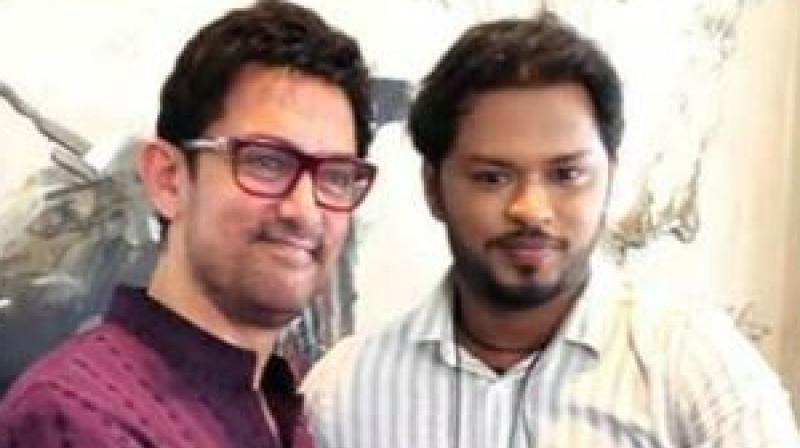 Mumbai: Sandip Pal is a journalist with a very renowned media portal. He has made a mark for himself due to his frank behaviour and knowledge. The talented anchor has interviewed the biggest A-listers in the film industry be it Shah Rukh Khan, Pankaj Kapur, Kangana Ranaut, Aamir Khan, Anupam Kher, Zoya Akhtar, Akshaye Khanna, Emraan Hashmi, Rajkummar Rao and many more. It has been reported that Sandip is soon going to debut in the direction space.

Sandip’s parents were both working for a government-based science and technology firm in Calcutta named Bose Institute. His mother was the Superintendent of Plant Molecular and Cellular genetics and his father was an Accounts Officer in the same institution. His mother Elizabeth Matthews was a Roman Catholic by faith and his dad Satya Nanda Pal was an astute Bengali Hindu. Needless to say, there were a lot of problems from his family who were not ready to accept a Christian girl. Going against everyone’s wishes, the duo eloped and got married. Sandip was born on the 25th of December 1990. Sandip also has a younger sister named Amrita who is a doctor.

Now, because Sandip had an extremely educated background, it was but natural that his parents would have high expectations from him as well. They wanted him to take up science, but Sandip never had any inclination towards science subjects. He was always drawn towards the arts. He loved language, he loved literature, he loved to watch films, research about fine art. He is also a lovely singer. It took a lot of coaxing for his parents to acquiesce with his decision of taking up humanities. He excelled in his academics. He finally realised mass communication was his calling and he got admitted in St. Xavier’s College, Mumbai with a major in the subject.

After his graduation, he returned to Kolkata and studied film-making from Satyajit Ray Film And Television Institute, however, he was a drop out by choice. He came back to Mumbai and started working and innately he harboured the dream to become a filmmaker. He started off his career in the Media with Zee Entertainment Enterprises Limited, gradually he moved on to journalism and and currently he is the chief of entertainment content with one of the leading media portals.

He has had the initial discussions about his film with one of the most prolific directors in Bollywood. The scripting is already done and the cast is now being looked into.