A new way of experiencing films through audio descriptions is a boon for the visually impaired. 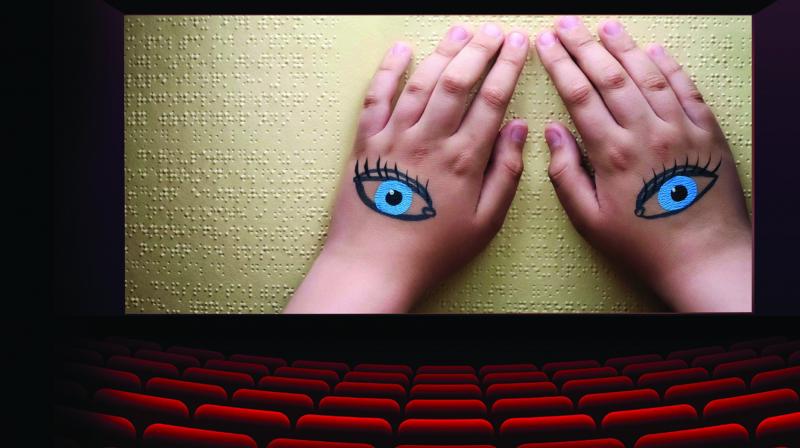 The process is definitely not easy, and that probably explains why Bollywood hasn’t attempted to make its films accessible.

Cinema has been a universal medium of entertainment for as long as we can remember — one that transcends class, gender, education, economic background, and even language. But there’s one group that’s still not able to enjoy the most iconic, generation-defining films of their time. While daily necessities are being enhanced with accessibility features for the hearing and visually impaired, making mainstream entertainment accessible to all has been a far-fetched dream. Until now.

Detailing her experience of watching films with a visually-impaired friend, Rummi K Seith, the founder of the Saksham Trust, says, “When we would go to watch a film and there was non-dialogue portion playing, my friend would nudge me as ask, ‘What happened? What are you reacting to?’, but in a short time, how much can you explain? Moreover, I wouldn’t be able to explain things properly, because I would also be trying to keep up with what was happening on screen.”

Today, Rummi is using her Trust to improve the quality of life of the differently-abled. As part of one of the many projects they’ve taken up, the Saksham Trust is working on adding complete audio description to movies. “Audio descriptions convey visuals in the form of verbal information. Wherever there is a non-dialogue portion in a film, we write a script describing the scene and create a voice-over. We then insert these voice-overs into the movie so that a blind person watching it can understand it completely,” Rummi explains.

Although not too many films are available with audio-described versions at present, the demand for accessible films is only increasing with time. Online streaming channel Netflix has a section for audio-described movies and shows, but very few Indian productions feature in that list.

Ashay Sahasrabuddhe, who created an accessible version of the Marathi film Chaurya, believes that an important aspect of the audio description process is retaining the director’s vision of the film. The accessibility director adds that the way in which the voice over is recorded must complement the character of the film.

Ashay’s job is to make sure that important creative aspects of the film are not compromised in the process of making it accessible. He says, “The original content cannot be modified when making a film accessible, so you have to add the descriptions in whatever space you get between dialogues and the background audio. You also have to keep sound effects in mind and make sure that they are clearly audible. The audio description should not overpower an important sound.”

The process is definitely not easy, and that probably explains why Bollywood hasn’t attempted to make its films accessible. Meanwhile, trusts like Saksham are trying their best to allow mainstream entertainment to provide entertainment to a section of society that is otherwise ignored. Despite the lack of funds and how time-consuming the process of acquiring permissions is, Shaksham has already created accessible versions of 28 films post-release. The list includes films like Munna Bhai M.B.B.S, Taare Zameen Par, Margharita with a Straw, and Barfi. 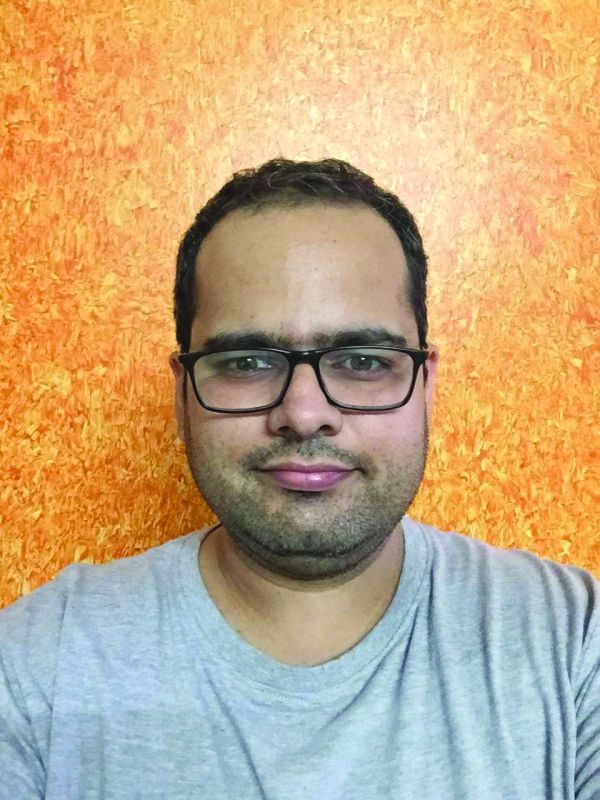 “Our vision is for films to come with audio descriptions at the time of their release. The first film that we tried it on was Sanju. When we went to meet the people at Yash Raj Films, they were very positive and forthcoming with their help” says Rummi with a smile. Because of threats of piracy, it was not possible for the production house to send DVDs to Delhi, and so Rummi sent a team to Mumbai, not wanting to miss out on the opportunity. As a result, we can expect many more films to be released with accessible versions in the coming months and years.

The next hurdle in reaching these accessible films to the public is making them theatre-friendly. And that’s where the XL Cinema comes in. The app that was originally created to translate films has teamed up with Saksham to bring a wholesome film experience to the visually impaired. Founder Kunaal Prasad, says, “We have integrated an audio description mode into our app. With the click of a button, the application is simplified for use by a visually impaired person.” After syncing the audio with the film, all a person has to do is plug in his or her earphones and enjoy the audio description.

Rummi adds that the demand for accessible films is much greater than you may think. “We just held a screening of Sholay about two weeks back, and we had over 200 blind and hearing-impaired people there. I was just watching everybody’s reactions to the film, they were so excited! All the whistling and the sounds, they were dancing!” Rummi says.

“In the film, there is one scene in which Thakur is walking down the stairs, and his footsteps sound like bangs. A visually impaired person could take that to mean a knock on a door, but with audio description, he could understand that the character was walking down,” Kunaal explains.

For the hearing-impaired, the film also featured subtitles and verbal descriptions as well as a sign language expert translating the film live, making it a truly inclusive experience for everyone present.

Shaksham and XL Cinema are currently working on creating an accessible version of the recently-released film Andhadhun, and Rummi hopes that it will be available by the third week that the film is in theatres.