The Courtesan Project aims to document the lives of eminent courtesans of the 18th and the 20th century. 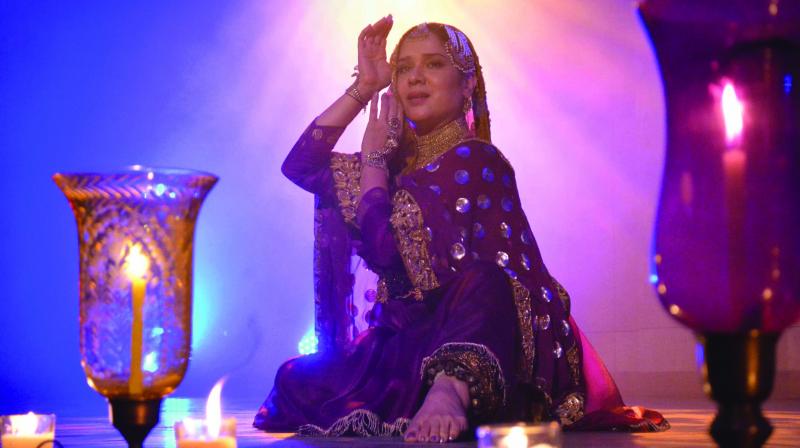 It took her seven years of extensive research to come across around 200 courtesans, mainly from northern India.

Twenty years ago, Sufi Kathak dancer Manjari Chaturvedi met Zareena Begum, one of Lucknow’s last surviving courtesan. Touched by her dedication towards the dance form, she decided to explore the rich cultural history of the tawaif tradition. “I performed with her once and then lost touch. I meet her again when I was informed she is paralysed down her waist. The only wish she expressed was to sing on stage once before dying. Her love for the art triggered me to dig deeper and talk about the courtesans of India and their performances,” recalls Manjari.

It took her seven years of extensive research to come across around 200 courtesans, mainly from northern India. What rues Manjiri is the neglect to this part of the history of performing arts. “These were the ruling entertainers of their time. But they have not been historically documented or given the due respect as performers. And the dance they performed then—  kathak, ghazal or thumri — are the performing arts of today. But we don’t even have the names of these women documented in our history,” she sighs.

Her research concentrates largely on Delhi, Lahore, Amritsar, Calcutta, Hyderabad and Awadh that consists of Banaras, Lucknow and smaller towns such as Rampur which were considered as temples of art. While her research covered women performers largely from the 16th to 20th century, for the concert she has focused on performers of 18th to 20th-century. “For the concert, I have brought stories from the lives of Gauhar Jaan, Rasoolan Bai, Zareena Begum, Jaddan Bai and Chanda Bibi from Hyderabad, Lucknow, Calcutta, Bombay, and Delhi, namely,” lists Manjari. The show will have five dance performances and subsequent anecdotes from their lives; each interlinked to another, which will be performed by actor Nisha Singh. According to the curator, it is more like a musical than a lecture.

Talking about the anecdotes, the curator reveals that she has collated a mixed bag, some humorous and some about their contribution to the Independence movement financially. “Gauhar Jaan from Calcutta is one of the tawaifs’ people know about. During my research, I found out that once a male cat kept visiting her cat. She then found out about the male cat’s family and got the two cats married. She spent 20 thousand at the wedding which was a huge amount to spend on a wedding at that time,” narrates Manjiri.

The classical dancer also tells about Mah Laqa Bai, born Chanda Bibi from Hyderabad who had 300 girls training in Kathak under her. “She was very good in Kathak and ghazal. And she is the one who wrote diwan (collection of poems) in Persian that wasn’t acknowledged as a literary work for almost 100 years after her death merely because it was written by a tawaif,” she adds.

Bringing  a distinction to the art form, these folklores will be brought alive through Darbari Kathak that got its name from the performances held in the Mughal courts. “It was during this era that the narration moved from gods to romance. The outfit was completely different with the influence of Mughals and they wore Anarkali and pants. It was also a time when there were a lot of grammatical changes in Kathak, sitting and doing abhinaya became the hallmark of Darbari Kathak,” conlcudes Manjiri.

—The Untold Story of Tawaifs will be performed today at the Tata Theatre, NCPA from 7pm onwards