On a missing plane, really!

This is of course, unfair on my part, because it is a direct comparison with the likes of series like Lost, and it really isn’t right to do this. 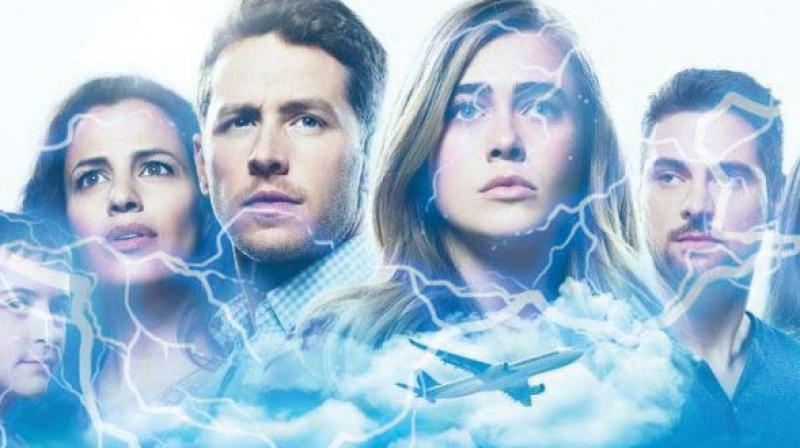 Conspiracy theorists love a tale about an airplane that vanished... yet even those stories have to be real, dramatic and appeal to the masses. Not sure this does...

Graceful. That’s the first descriptive word that sprung into my mind when I sat down to write this review. This series takes our seemingly never-ending fascination with air travel and missing airplanes through a different dimension, allowing for the drama that unfolds to take place in present time and back to civilisation. It was as if nothing happened.

This is of course, unfair on my part, because it is a direct comparison with the likes of series like Lost, and it really isn’t right to do this. However, the parallel that can be drawn in order to present the grace with which this concept has taken shape on a screen was just too tempting and honestly, it makes my task so much simpler, really. All I’ve got to do is assume that every viewer has watched some form of the “mysterious missing airplane #something”.

Good. Now that that’s established, let’s move on to criticising this series for the soap that it quickly turns into. Very disheartening, indeed. Much like it’s predecessors (movies included), the need for the creators to make it more accessible to the common viewer is completely understandable. But they came into this knowing fully well that someone somewhere is going to tear it apart because of this very fact. So here goes.

I get sucked into an episode or two of any soap, just like everyone else does, I assume. But once the illogical nature of my actions kicked in, I couldn’t help but laugh at the silly drama that such a great concept was forced into just because the producers needed it to appeal to the masses. They need to wake up and realise that the masses are catching up and they laugh at the silliness of drama induced comas just like everyone else now. They still watch it once in a while, but that’s not what any good piece of cinema ought to be arriving for, is it?

It gets exciting again, though. That grace with which it began kicks in again at a later stage, allowing for more character depth and field of screenplay. This is truly something to watch out for. It’s going places, provided they manage this tight rope act of drama mingled artfully with a creative concept that’s begging to be carefully explored.

The premise: A flight takes off in 2013 but lands in 2018, all the while leaving all their loved ones grieving (and aging), whilst the passengers and crew haven’t aged a day. Even before reality begins to set in, the passengers begin to hear voices and see things that guide them to solve certain issues and take care of problems. At first, this is broached with extreme caution, as the passengers carefully tread over eggshells, all the while being totally confused as to what exactly transpired on that fateful flight that got them into this position.

A bunch of them persevere in investigating their intuitions fuelled by said voices and visions, while others have completely vanished; taken away by certain entities that are shrouded in mystery.

Manifest
STAR RATING:  3.5/5
MUST-WATCH: Not really. Watch Lost instead. But if you want to check out the screenplay and the concept in general, I suggest you watch a few episodes and decide for yourself.

— The writer is a coffee roaster, vaping enthusiast, cinema buff and seeker of unique stories.