Actor-politician trashes brouhaha around Saroj Khan and Renuka Chowdhary’s comments over casting couch, says they were only speaking the truth. 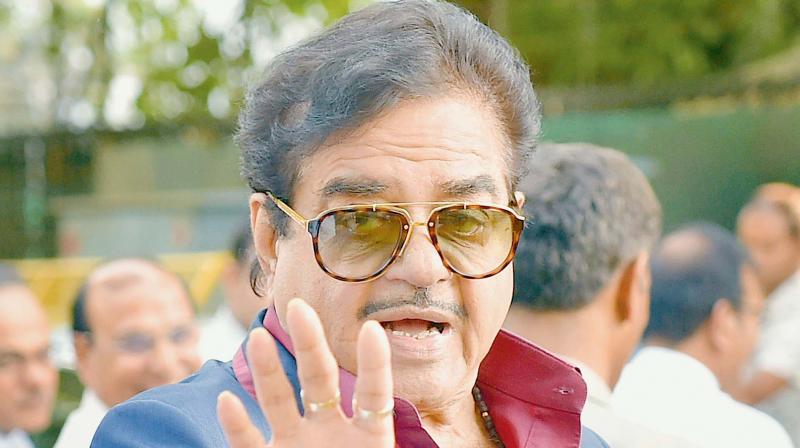 Soon after choreographer Saroj Khan’s statements on the casting couch set off an uproar, politician Renuka Chowdhary fanned the flames further by stating that sexual favours are sought and given in politics as well.

Jumping to the defence of both ladies is yesteryear actor-turned-politician Shatrughan ‘Shotgun’ Sinha, who says, “Neither Saroj Khan nor Renuka Chowdhary is wrong. Sexual favours are demanded and given in both entertainment and politics. It’s an old and time-tested way of getting ahead in life. ‘You please me, I'll please you.’ Yeh toh hamesha se hota aa raha hai, iss mein itna naraaz hone ki kya baat hai? (This has been happening since time immemorial. What is there to get so upset about?)”

He adds, “Saroj Khan’s contribution to choreography and to shaping the careers of Rekha, Madhuri Dixit and the late Sridevi is invaluable. She is a legend in her own right.”

She often speaks from her heart without a care for political correctness. If she said that girls have to compromise sexually in Bollywood, she must be aware of what goes on.”But what comes as a complete shocker is Shotgun’s next statement. “I completely agree with both Saroj and Renuka. I know the kind of compromises girls have to make to get into films. Perhaps Sarojji has herself gone through pain and humiliation. As for politics, maybe the casting-vote couch would be an appropriate name. The young aspiring brigade is known to offer sexual favours and of course, the senior brigade is known to accept them,” says Sinha, adding quickly, “I am not saying it is right. I would never be part of such a compromise. But we cannot shut our eyes to the reality around us. Don’t condemn Sarojji for speaking the truth. Condemn those who create a situation where girls and boys feel they have to compromise to get ahead in life.”

Sinha is also quick to point out that succumbing to the casting couch is a personal choice. “No one is forcing any girl or boy to lie down on the couch. You have something to give and you are offering it to someone who is interested. Where is the coercion or compulsion?” he asks rather casually.

While the MeToo movement has taken hold across the world with an astonishing number of women celebrities opening up about their own experiences of the casting couch, well-known Marathi actress and National Award winner Usha Jadhav (seen in Nitesh Tiwari’s Bhootnath Returns and Ram Gopal Varma’s Veerappan) has created quite a stir with her confessions in a BBC documentary titled Bollywood’s Dark Secret, where she has spoken about being sexually exploited in exchange for work.

Urging others to speak up, Usha says it is important for exploited girls to come forward with their experiences. “There can be a backlash, yes. You may lose the chance for work because some powerful people will see you as a snitch. But the repercussions work both ways. You may lose out on some work, but you may gain a much wider victory for the movement to stop sexual exploitation. Unless more voices come forward, it (the casting couch) won’t be stopped,” she says, adding that she is happy she spoke up.

The National Award winner believes that there is strength in numbers. She says, “If we all come together, the men in the industry will realise how wrong they are. At least, they will feel shameful about their actions. When I started my career, I was in a situation where people touched me inappropriately. But I just put my foot down and proved that if you have talent, you will survive.”