Legalising cannabis and opium in India 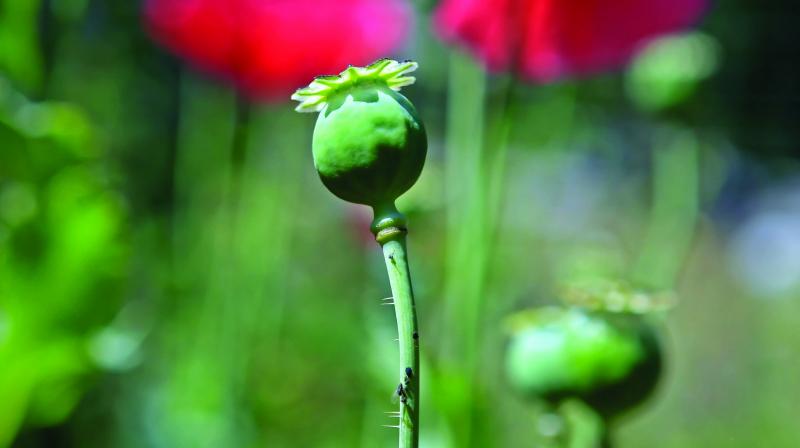 The legislative branch of Parliament, to that effect, has cleared his bill, and he hopes cheap, regulated and medically supervised natural intoxicants will help rid the society of dangerous synthetic drugs.

A Patiala MP, Dr Dharamvira Gandhi is seeking to legalise non-synthetic drugs like marijuana and opium. The legislative branch of Parliament, to that effect, has cleared his bill, and he hopes cheap, regulated and medically supervised natural intoxicants will help rid the society of dangerous synthetic drugs. He’s argued that thanks to Narcotic Drugs and Psychotropic Substances (NDPS) Act 1985, most drugs were made illegal and as common man's recreational substances were made unavailable, the newer, more potent, addictive and dangerous alternative drugs flooded the markets. We speak to lawmakers and celebrities on whether or not loosening the laws on naturally occurring substances like marijuana and opium is a good move for the society.

‘They are safer and less violent than alcohol’

As a culture we have always used some form of a natural drug whether it is opium, bhaang or hash. Making it legal will definitely reduce the use of synthetic drugs and I believe they are safer and less violent than alcohol so we will definitely become a more peaceful society.

‘Makes sense only in theory’

It looks like the government  wants to bring Amsterdam to the subcontinent. This works in places where economy is already productive and mature and where people understand their moral obligations towards society. I don’t think people in India would be able to handle it. Although it makes sense in theory. And then again Netherlands is a very small country with strong respect for rules. India has a diverse demography and rules are not always understood clearly.

‘Don’t believe in getting stoned all day’

I think the legalisation of these drugs is a good thing. It’s already legal in Europe and practically legal in the majority of the US. I don’t believe in getting stoned all day, as I’m an adult and have responsibilities, but these days in any country (including India) it’s easier to get marijuana illegally than alcohol legally. Add to that the fact that studies have shown things like marijuana have many medical benefits, and it makes sense. The only issue is the moral dilemma but let’s be honest, alcohol has been around and abused forever (along with cigarettes) and as a society we’ve collectively been able to manage how we use/abuse these things in moderation. It’s not a problem of access — it’s just a matter of legalising, regulating and then educating, which I think, luckily, the media does for us anyways.

There is some ‘sense’ in what the MP is saying. However, legalisation should not lead to easy access, especially to youngsters. Also, it should not reduce its perceived risks in the minds of the people. Strong checks and balances will be needed to be out in place. Most importantly, the laws will have to be changed. No correlation (between the legalising of non-synthetic drugs and consumption of synthetic drugs) has been brought out in areas of the world where these have been legalised. Legalising may create addicts; if enforcement isn’t smart.

‘If medically regulated, these drugs can do well’

I have come to know about this matter and feel it’s for the good of people in general. Marijuana was earlier legal till the 1970s or 1980s. If medically regulated, these drugs can do well. Whichever legislative body that approves this proposal would know the scientific studies it necessitates before implementation. With a doctor’s prescription, these naturally occurring intoxicants can have applications in psychiatric and anti-depressant treatments and prevent people from seeking other sources to obtain them. I have little expertise to delve into the recreational aspects of these substances. Tobacco and alcohol are also intoxicants. Even though alcohol is easily available in the market, isn’t the sale of spurious liquor taking place? All it requires is a proper regulatory measure in place to prevent misuse of these substances.