The superstar reached out to the 'Angamaly Diaries' actress after her video in which apologises to him goes viral. 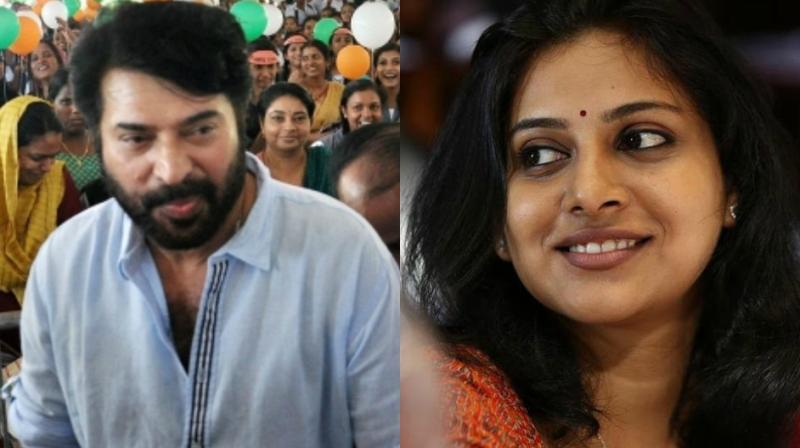 Mumbai: Be it getting body-shamed, slut-shamed or just mocked for various reasons, Bollywood actresses have been the target of trolls for a long time now.

But now even their Malayalam counterparts are being subjected to abuse.

After National Award winner Surabhi was trolled for eating beef on Onam Day on a TV show and chicken in ‘sadhya’, another Mollywood actress Anna Rajan came under attack from trolls.

The actress, popular for her film ‘Angamaly Diaries’, came under fire for her comments on a TV show. When asked who she would like to feature opposite if Malayalam superstar Mammootty and his son Dulquer Salmaan were both part of a film, Anna chose the latter and said the former could play her father.

Mammootty fans got heavily upset with the comment as she was recently paired opposite another senior actor Mohanlal and made memes on her, called her 'ammachi' (grandmother) and much more.

The actress couldn’t take the abuse and shared a Facebook video where she breaks down and says, “I didn’t mean to disrespect Mammootty sir. I meant it as a joke. I didn’t expect that some sections of media would twist my comment. I am no one to insult Mammukka or Dulquer. Sincere apologies to their fans if the comment had hurt you. I want to act in both of their movies.”

On Tuesday, the actress revealed that Mammootty has reached out to her and lent his support to her.

He wrote on Facebook, “It was the sorrow this caused that led me to do an FB Live to clear things out. Today, after Mammookka spoke to me, I am immensely happy. I was in fact scared to call him up myself. But when he called me and spoke to me at length, I doubt whether it was a dream.”

She added, “To be honest, after my first film Angamaly Diaries, I was offered a Mammookka film. But then the shooting of this film was delayed and that's when I committed for a Mohanalal film. I pray that soon, I will be given a chance to act in a film along with Mammookka. I thank his generous heart for calling up an actor who is only two films old."

Like Ranbir Kapoor stood up for Mahira Khan after the actress was trolled for their recent pictures, Mammootty also played a real-life hero for Anna.