As Europe’s biggest gaming event Gamescom 2018 comes to an end, let’s go through the most recommended games of the year. 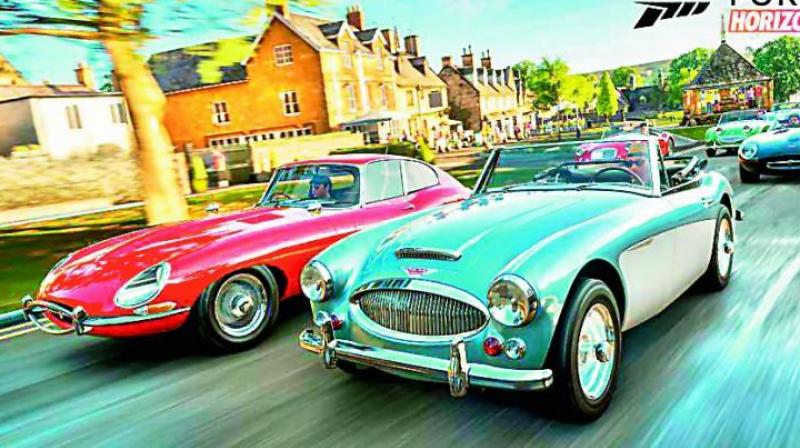 For one week, every August the city of Cologne transforms into a gamers paradise. From pop-up fixtures to massive hoardings, you’ll find video games wherever you look. The main event itself is pure bliss. The entire convention centre with a total of 15 halls turns into one massive gaming arena featuring colossal booths from the world leading publishers like Microsoft, Blizzard, EA, Ubisoft, Wargaming and more! In addition to trying out the latest games, you can also check out booths from hardware companies like Corsair, Zotac, Dell all showcasing their latest gadgets as well. The best booth this year in my opinion was Wargaming. A massive installation featuring both a Battleship on the World of Warships side and an actual scale tank that had firing effects on the World of Tanks side. But let’s not forget what Gamescom is all about, the game. Here are some of the best games I got my hands on at Gamescom 2018.

Forza Horizon 4
Shaping up to quite possibly be the best Forza Horizon game, as the franchise heads to the UK. It brings with it a new seasonal approach with ever changing weather and landscapes that will not only affect how you race, but areas you can access. The visuals looked stunning, the demo was running flawlessly in 4K via an Xbox One X and I can’t wait to see what the PC version can do! Overall a very easy to pickup racer, especially with the new drift mechanics that is sure to appeal to all kinds of gamers.

Rage 2
In very straight-forward and simple terms, Rage 2 was the best game I played at Gamescom 2018. It was the standout title mechanically, nothing else came close. The shooting was extremely fun, and using the Nanotrite abilities like shatter and slam in conjunction with overdrive and the wingblade added to the core gameplay in meaningful ways. I did not get to experience the other half of the game, nor did I get to look at exciting new features, but the design of the world or the driving mechanics don’t matter as much as the shooting mechanics, which Rage 2 nails better than an massive number of other games.

In&Out
A mobile VR game by a small studio was also a highlight of my Gamescom trip. In&Out is a puzzle based game that requires two players —one on a VR headset and another on the mobile app. The player on the headset would have to navigate puzzle rooms filled with traps, riddles, guards and many other obstacles in order to complete the objective. I was on the VR headset the whole time and it was a lot fun avoiding traps, dodging lasers, solving puzzles like cutting the correct wire at the right time or figuring out how to get past guards by audio cues and with the help of my partner. The game works well in VR and it was unique as well as memorable.

Assassin’s Creed Odyssey
On the surface, AC Odyssey looks like an expansion to last year’s Origins. It has similar looking menus as well as UI, in addition to the same overall structure, design of the world, combat design and so on. But after playing, I was taken aback by how quickly they had turned it into a full RPG. You got to choose your own character, pick how you respond to the world via dialogue and actions, unlock and use skills from the d-pad and so much more. The combat played differently due to the aforementioned skills and the lack of a shield. On top of all that, the side quest I got to play was well written, interesting, varied and filled with engaging gameplay opportunities. Assassin’s Creed Odyssey excelled in the execution of its ideas and how they were incorporated in the AC universe.

Dying Light 2
As a complete opposite of Rage 2, Dying Light 2 was the most feature rich game I got to experience at Gamescom. Even though I did not get to play the game myself, I was in awe of how well connected the game world was designed. The core ideas of systems driven narrative are either fresh or have not been executed this well. The fact that every single action will have a consequence that impacts gameplay, if it works as well as they have shown, is exciting and something we have never seen before. Combat looks brutal as well and I did see the character pull off some exhilarating moves during parkour sequences.

Devil May Cry 5
The demo of DMC 5 I got to play at Gamescom convinced me that it is a love letter to the fans. The combat is exhilarating and its over-the-top sense of style and cutscene direction are true to the franchise core. While much hasn’t changed, the fighting works better than most action games out there and new ideas of consumable arms opens it up, to seemingly endless ways of dealing damage in satisfying ways. The boss fight I played was a rush, and when coupled with the soundtrack, there is nothing else quite like it.