Another star kid to debut

Talking about the film, he says he plays Sidhu, a character that starts in the film as a 16-year-old boy and ends as a 25-year-old. 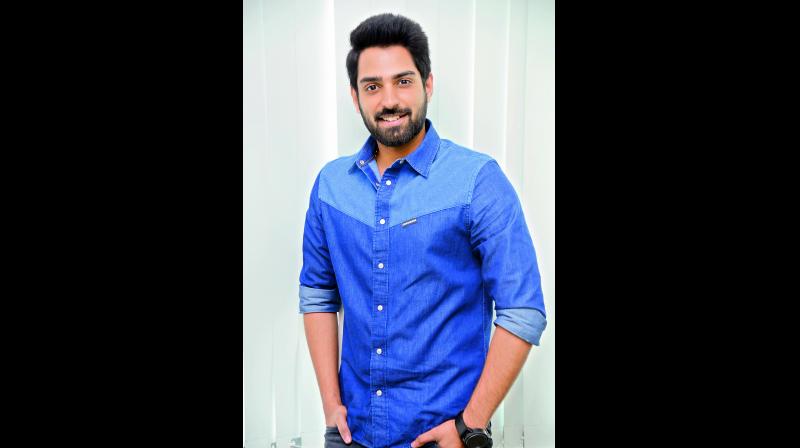 Producer Raj Kandukuri’s son Shiva, who makes his film debut with Choosi Choodagane, shared with us at the onset about how he wanted to become an actor from childhood.

“When doing my college in the US, I picked up theatre as my subject, which gave me the opportunity to perform in front of my peers at college. While that added to my confidence, it further fuelled my passion to act,” says Shiva, adding that he did many plays in college. After his studies, however, Shiva headed back home to India to make his debut in films. Among all others’, Shiva remembers an advice he received from his father, “The success rate is very low in this industry. It’s not an easy field, and sometimes you may not be successful, but never be disappointed, keep fighting and carry on with your passion.” Shiva added that his dad told him to ensure that whatever films he chose, they were honest and with something new to showcase in.

Talking about the film, he says he plays Sidhu, a character that starts in the film as a 16-year-old boy and ends as a 25-year-old. “Youngsters can relate to some of the scenes, and I think the story is very realistic,” adds Shiva.

The actor tells us that he is a fan of Chiranjeevi. “I grew up watching his films, and that inspired me to enter showbiz,” says Shiva. As luck might have it, the debutant has already signed a couple of films even before his first film releases.