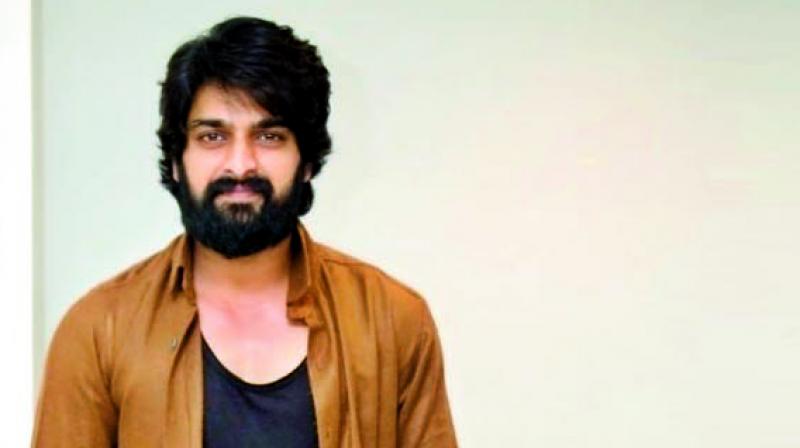 Actor Naga Shaurya is turning story-writer for his next film, a thriller titled Aswathama. “It’s an intense film and I did a lot of research for it. You hear a lot of reports of women being harassed and physically attacked. In fact, my friend’s sister was a victim. I can’t help them personally, but through Aswathama, I tell women how they can take care of themselves”, says Shaurya.

He visited many places for inputs. “I went to Punjab, Delhi, Vijayawada, Kurnool, Sanga Reddy and many other places and met various people. Some were open, some didn’t want to talk with us. Take the Disha incident — the family shut their doors and didn’t want to talk to anyone after a few days,” he adds.

Shaurya said he had been greatly disturbed while writing the story of Aswathama.

“Everything in life matters a lot to me, whether its parents, financial issues, people in my life. I go through a lot of ups and downs. And when I spoke to people to gather material for this story, I was very disturbed. I have gained a lot of awareness.”

The Kalyana Vaibhogame star has shed his chocolate boy image and taken on a completely new avatar for this film.

“I want to do different kinds of cinema. I was being approached for the same kind of love stories where I sing a love song, the actress rejects me, then I sing a sad song before somehow ending up singing a duet with the actress. Love is a common element for any film, but you can show it differently. I took up this film to show another side of myself, show that I can do this kind of role also,” he reveals.

Talking about his earlier film Narthanasala, which flopped, the actor says that he did the film to keep a promise.

“I gave my word to the director many years back that I would do this film. He came to me in 2017 and I kept my word. I know the film didn’t do well”, he said, adding that, after the film was released, there was silence in his home.

If a person dies, there’s silence in the house for a day, but after this film, our family fell silent for six months,” reveals the actor.

The actor plans to continue writing stories. “I want to narrate stories to other actors too,  and produce films with them,” says Shaurya who will be next seen in director Avasarala Srinivasa Rao’s film.