Much ado about little things

A new trend, which has come up in drama, is the concept of devised plays. 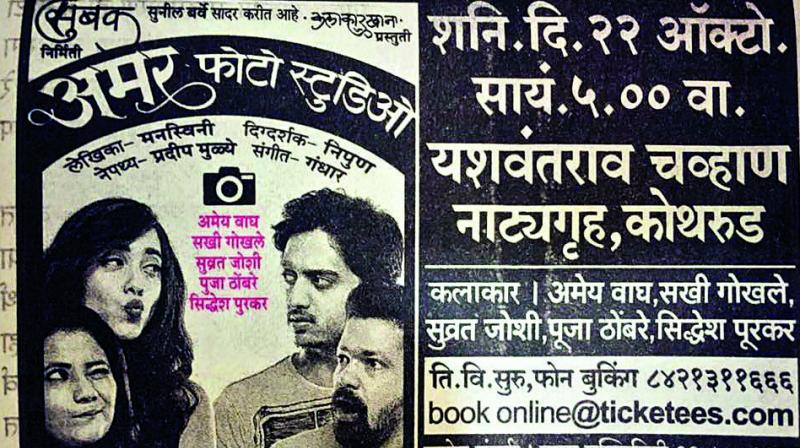 In terms of the scale of production, perhaps Gandhi — The Musical and Mughal e Azam were two of the year’s biggest productions. However, I personally believe that the newest innovations and daring new thoughts come from smaller productions. In the last year, there has been a tendency to perform plays in smaller venues. This way, a lot of new theatre groups have been able to come and perform without the hassle of stage permits and funding.

I think two venues, which shone through this year were Hive and the Cuckoo Club. A number of productions were staged this year at these venues, and though the Hive stands shut at the moment, it definitely had its moments in the first half of the year.

A new trend, which has come up in drama, is the concept of devised plays. In this type of theatre, it is not one playwright or director who comes up with the concept. There is no readymade script, either. A group of theatre actors come together, hash out an idea, get it scripted and perform it. It is a much more informal method than what most of us are used to.

Though Marathi and Gujarati plays are more or less at a standstill in terms of innovation, one play that stood out for me was Amar Photo Studio. Here, too, a group of actors came together, thrashed out their ideas, and got theatre writer Manasvini to write up the power-packed script.

English and Hindi plays have been produced in large numbers at small venues, but two that stand out more for me than others — Ila by The Patchwork Ensemble in English, and Sunil Shanbag’s Loretta, in Hindi. I thought that both plays were exceptional in terms of the energy of the performers and the overall performances themselves. They, along with Amar Photo Studio, have been the game-changers in theatre, for me.

Amar Photo Studio: Following a passport photo challenge, which had people from across the city participating, Amar Photo Studio premiered as one of the most innovative offerings of Marathi theatre this year. The actors of the Marathi TV show Dil Dosti Duniyadari—Amey, Suvrat Joshi, Pooja Thombre and Sakhee Gokhale, along with Siddesh Purkar brainstormed for months before coming up with this love story with a difference. 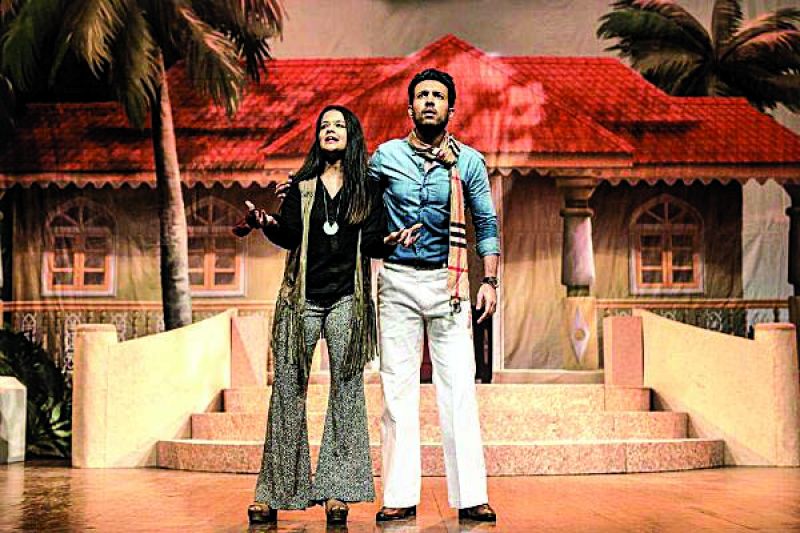 Loretta: This offering by Sunil Shanbag was a tiatr-style melodrama, which spoke of the playwright’s journey in the field of theatre. The story follows an Anglo Indian woman, Loretta, who hails from Mumbai. The action takes place on a Goan island and follows its protagonist who is asked to learn Konkani by her boyfriend’s father, who happens to be the island bigwig. Personal stories are used to explore the theme of how language is used to create a divide between people. 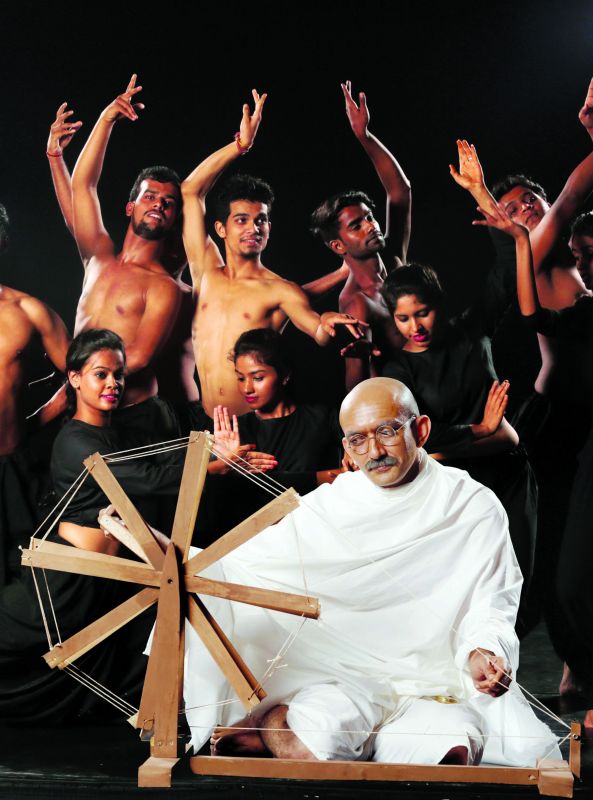 Gandhi: The Musical: Some of the most renowned stories of India’s freedom struggle circle around Mahatma Gandhi, so plays about Bapu have been staged since before his death. However, this fresh new take showed Gandhi’s freedom struggle through innovative methods like dubstep, jazz numbers and specially choreographed dance numbers which included everything from jazz dancing to Zulu tribal dance elements. 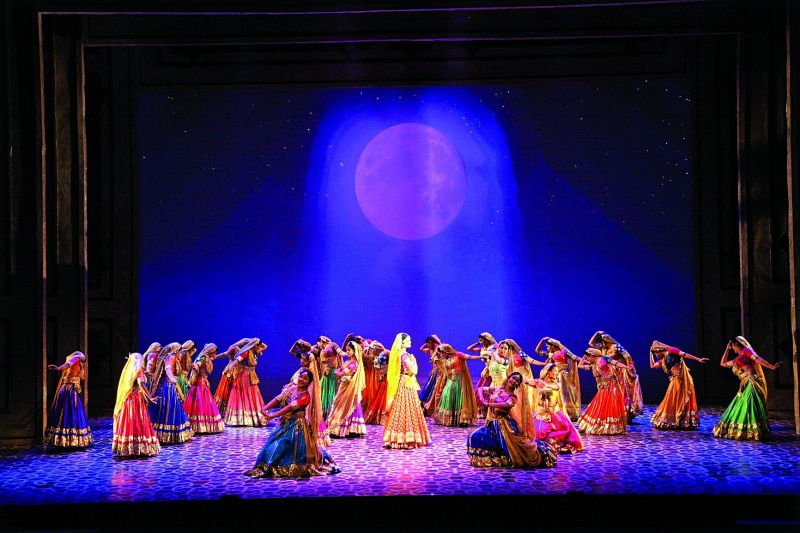 Mughal e Azam: Another musical to grace the stage was Mughal e Azam—a screen to stage adaptation of the iconic 1960 film. The play had a troop of Kathak dancers, Broadway technicians and costumes by Manish Malhotra. Emmy Award-winning production designer John Narun as well as David Lunder, who was the dab hand behind light design in Madonna’s concerts were part of it. Feroz Abbas Khan’s magnum opus had an opening worthy of a Broadway musical with the who’s who of Bollywood present in the audience. 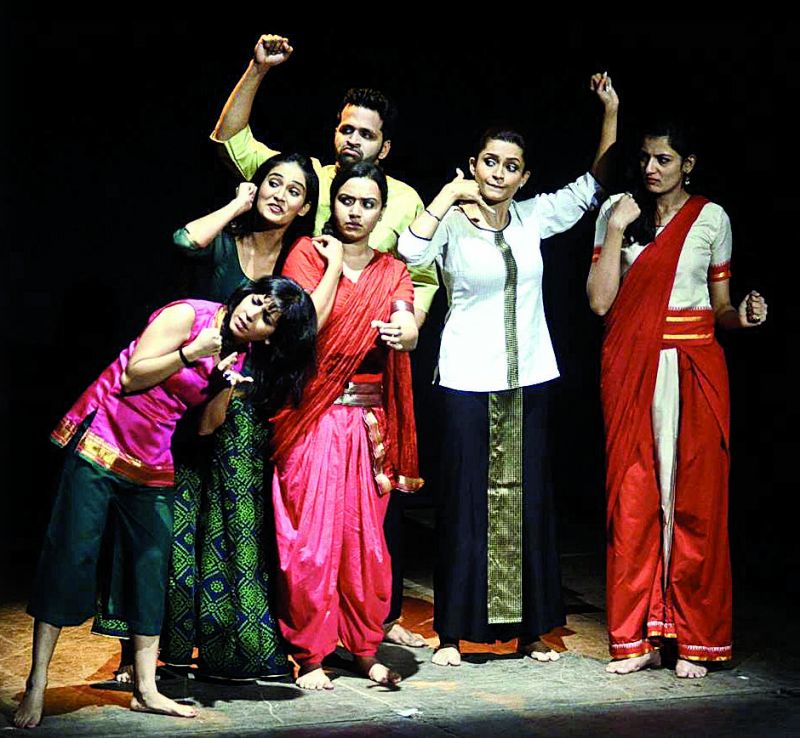 ILA: This jointly directed play by Puja Sharup and Sheena Khalid made its debut at the NCPA Centrestage theatre festival this year. The play takes inspiration from Devdutt Pattanaik’s Pregnant King and follows the story of a king who accidentally drinks a potion meant for his wives and becomes pregnant. Reviews commend the play for its balancing act between entertaining plotline and its poignant portrayal of issues like the man-woman divide and gender stereotypes.
Shankta Gokhale is a writer, translator, and theatre critic