Review: Mulan as a live-action remake is breathtaking but is missing magic

“Mulan,” a Disney+ release, has a running time of 115 minutes. Two and a half stars out of four. 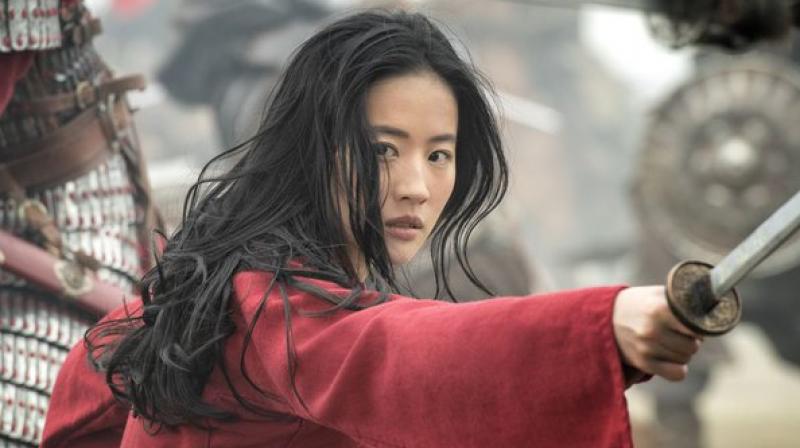 There is more good than bad in “Mulan,” and we should be so lucky to get a gorgeous and inspiring war epic that is suitable for children to watch.

Out of all of Disney’s animated films, “Mulan” was the one that made the most sense as a live-action remake. Not that there haven’t been good and charming live-action remakes over the past decade — Kenneth Branagh’s “Cinderella” being at the top of the pack — but with most of them no matter how expensive or carefully executed or reverent to the source material, I usually walk out wishing I’d just watched the animated version instead.

Part of that might be age. I was in the generation who got to experience Disney’s animated renaissance in real time in the theatres — unaware of course that it was a renaissance, but simply that the films I got to see in the theatre and then on home video were something special. Perhaps it didn’t crystallise just how special they were and are until the live-action remakes became a regular part of the release calendar. Many just weren’t as enchanting or effective as their predecessors. That is mostly a compliment to the gold standard that is the animation. It would be shocking for a live-action version to somehow be better or even equal. Just look at the animated Hakuna Matata next to the “real” one. There is a reason most of these stories were animated in the first place.

“Mulan” was different, though. The animated tale is wonderful and full of fantastic songs, but it’s a war epic. The story, about a young Chinese woman who steps in to serve the army in her aging and ailing father’s place, is naturally and fundamentally suited for the format.

And make no mistake, director Niki Caro’s “Mulan” is without a doubt one of the best of the remakes. It is stunning to look at from beginning to end. The crisp landscapes (shot by cinematographer Mandy Walker), the brightly coloured and divinely intricate costumes (from Bina Daigeler), the elaborate fight sequences and the actors faces — especially Liu Yifei, who plays Mulan _ are so beautiful that it will take your breath away. It’s abundantly evident that Caro (“Whale Rider”) had a grand and sweeping vision for “Mulan” and for the most part she pulls it off.

“Mulan” falters on the story level, however, feeling both rushed, overlong and oddly light on character development. We barely even get to know Mulan. She’s introduced as a child, wild and carefree running through her village. But she’s not just free-spirited in this version: She actually has magical powers that make her a natural acrobat and, later, warrior. The film cuts abruptly from this revelation to our heroine, who is now older and messing up in front of the matchmaker. It’s still a charming scene, even without Eddie Murphy’s Mushu.

But there’s the problem: Why am I even thinking about Eddie Murphy? Because “Mulan” doesn’t ever let you forget that it is in conversation with the animated film, devoted to hitting the familiar beats of its predecessor instead of telling its own story. Every time you hear the notes from “Reflection,” which is only sung in the credits, you are torn out of Caro’s sumptuous spectacle and once again thinking about the 1998 version and its songs.

“Mulan” has so much going for it, including a roster of amazing Chinese and Chinese-American actors including Jet Li, as the Emperor, Tzi Ma, as Mulan’s father, Rosalind Chao as Li, Donnie Yen as Commander Tung and Jason Scott Lee as the big bad villain Bori Khan. It also decides to introduce a female witch villain played by Li Gong, which doesn’t quite work and distracts from Mulan’s own journey.

There is more good than bad in “Mulan,” and we should be so lucky to get a gorgeous and inspiring war epic that is suitable for children to watch. “Mulan” might even inspire some kids to dip their toes into all that Asian cinema has to offer, which would be the best possible outcome. But something has to give in this blind fealty to the animated films, because it’s getting in the way of greatness.

“Mulan,” a Disney+ release, is rated PG-13 by the Motion Picture Association of America for “sequences of violence.” Running time: 115 minutes. Two and a half stars out of four.